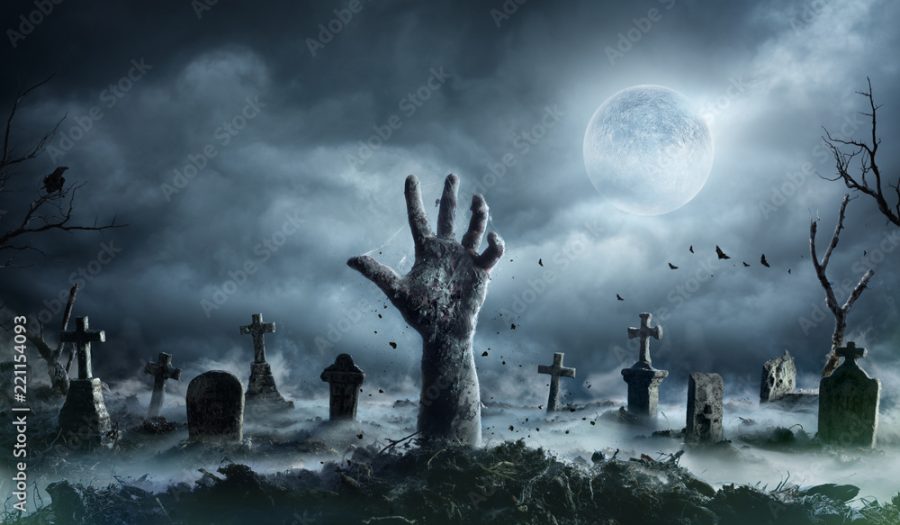 From Horror to Laughs: Zombie Movies for Every Watching Experience

Whenever I need a good comfort watch, I turn to a zombie movie. It might seem odd, with their inherent elements of strong violence, gore, and death. For me, watching them is a form of escape. Beyond the thrill of watching characters fight or escape hordes of bloodthirsty zombies, I find the variations across the genre fascinating. The breakdowns of society, the moral reactions to those breakdowns in the stresses of survival, the themes and even the zombies are never the same from film to film.

Each film offers a unique twist on the same decidedly horrifying premise. Sometimes they chill me to the bone or keep me in stitches, but I always wonder about my chances of survival in various scenarios. I think I’d fare better against the slow, blank-faced zombies of George A. Romero than the crazed, Olympian zombies of “World War Z.”

Although not everyone shares my passion for the zombie movie genre, there is a wide variety. Whether you’re looking for a drama, action, comedy, horror, or thriller, there’s a zombie movie that’s got you covered. Below, I’ve compiled a list of my favorite zombie movies that are sure to satisfy any viewer.

“28 Days Later”, directed by Danny Boyle, is a reference in the zombie genre. The film offers a mix of action and suspense as its characters journey through England’s “Rage Virus” in search of safety from the infected who – as the virus’s name suggests – are maniacal and murderous. The film follows Jim, played by Cillian Murphy, after he wakes up alone in his hospital bed 28 days after the outbreak began. He continues to find other survivors, come to terms with his losses, form lasting bonds, fight and flee the dead, and discover that the living can be just as much of a threat in this new world.

The cinematography for “28 Days Later” is shoddy, emphasizing Jim’s disorientation and adding to the chaotic energy. However, many shots and sequences throughout the film are dramatic and beautiful. The soundtrack oscillates between instilling a sense of danger and emphasizing moments of relaxation amid the ultimate freedom of a fallen society. Murphy, Brendan Gleeson and Naomie Harris deliver performances that make up for the shortcomings of lesser-known names in the film. It’s an incredibly well-produced, low-budget zombie flick that’s perfectly suited for those who enjoy a heart-pounding, action-packed story.

“Shaun of the Dead,” directed by Edgar Wright, is a horror/comedy that serves as a model for the crossover of the two genres. The film follows Shaun, played by Simon Pegg, and his best friend Deadbeat Ed, played by Nick Frost, as they lead a group of survivors to their local pub. At the bar, they believe they will be safe from the extremely slow-moving zombies that have invaded the outskirts of London. Along the way, a series of hilarious moments and mistakes ensue that balance out the heavy moments, maintain the film’s lighthearted nature, and establish it as a comedy.

The film begins by recalling the seriousness of the genre. They foreshadow events to come by depicting Londoners as natural zombies, then making the zombies seem essentially harmless, even though they have managed to take over London.

It’s shot with a fast, rhythmic pace that contributes to the comedic value, while helping to produce tension in other scenes. The dialogue is funny and witty, providing plenty of quotable moments that will stick with viewers. Between the elevator music opening song and the sci-fi beat that plays when danger looms, the great soundtrack solidifies both the comedic and horrifying elements of the film.

“Alive,” directed by Il Cho, is a gruesome South Korean zombie flick that excels in harrowing moments of suspense. It follows Joon-woo, played by Yoo Ah-in, an avid video game streamer, who wakes up to find chaos erupting all around his apartment.

After turning on the news and hearing the disturbing nature of the “cannibalistic” situation unfolding, he opens his door to a man, who has been bitten, pleading for his help. After surviving the encounter with the man-turned-zombie, he realizes that he cannot reasonably prepare for the horde of zombies that have gathered around and in his apartment building. The rest of the film takes us through the exhaustion of his hope, the rekindling of his will to survive, and his daring feats of courage to escape his overrun building.

The film is shot with slow stills and zooms balanced by fast transitions and sequences, giving the feel of a classic thriller. The zombies are extremely well designed and terrifying. Once a person is infected with the virus, they twist and snap so abnormally that their bones crack. Their faces show gnashing teeth and bleeding eyes of pure hatred. They move quickly and collectively, circling the apartment in pursuit of Joon-woo, leaving little room for error on his part. “Alive” is a cleanly shot horror flick with superb makeup and special effects that keep you on the edge of your seat until its unpredictable and satisfying ending.

The day of the Dead: “Day of the Dead” is the third film in the “Night of the Living Dead” series directed by the godfather of the zombie genre, George A. Romero. It depicts humanity’s last struggle to remain civil as they go into hiding at an abandoned military base as the undead gather above them. For those who enjoy psychological action sci-fi movies, “Day of the Dead” should be added to the list.

Cargo: “Cargo” is an Australian zombie film set in the Outback. Andy, played by Martin Freeman, tries to find safety for his baby girl after being bitten by an infected person. If you love drama about family, sacrifice, and long, action-packed journeys, this movie is for you.

Ryan Long can be reached at [email protected].