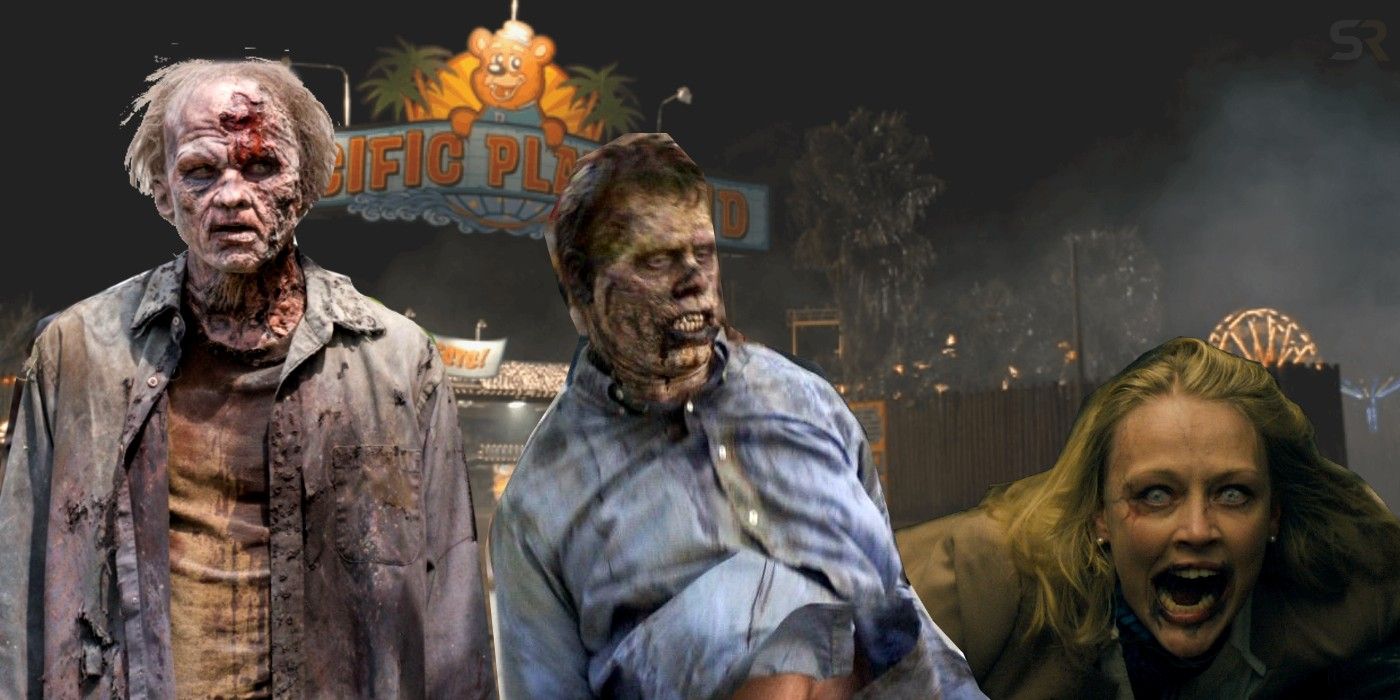 With the coronavirus leading to social distancing, isolation and fear of contagion, zombie movies might seem like the logical solution, but they’re not.

With coronavirus leading up to a quarantine under the threat of a global virus, horror fans might be tempted to turn to zombie horror for an escape. However, while there are many parallels between the reality of COVID-19 and the on-screen walking dead, the differences mean that zombie movies don’t provide the best outlet.

Like all cinematic genres, horror has been affected by the global pandemic, with many film release dates postponed. Audiences have turned to streaming as a way to consume media, with horror allowing many people to channel their fears, combining entertainment with escapism.

Related: Why I Am Legend Isn’t A Zombie Movie

The zombie genre, which dates back to 1931, is a hit with the public. It enjoyed its heyday throughout the 2000s and early 2010s, with releases like 28 days later and dawn of the dead rake it at the box office while the zombie series The Walking Dead got off to a very successful start. At their core, zombies represent a fear of contagion, of global annihilation from within. With the coronavirus bringing the world to a standstill, isolation, infection and disruption of normalcy are at the forefront of public concern.

Zombie movies are extremely dark, focused on survival but rarely offering a brighter future. The infection did not slow down society, it completely destroyed it, with no hope of return. “Hiding” is a permanent reality rather than a temporary one. 2004 dawn of the dead epitomizes this insignificance of Sisyphus by allowing his characters to successfully escape to an island, only to encounter a horde of zombies.

There are a handful of zombie films that break away from this nihilism, most being horror comedies. Both Warm bodies and Shaun of the dead’The outcomes show a reconstructed society, paving the way for the reintegration of those infected. the 28 days later the franchise does the best job among non-parody zombie films of demonstrating the importance of government action. Its empty streets and strict protocols ring true to the contemporary climate of social distancing. However, the problem, as with all zombie movies, is that it pits the uninfected against the infected. The zombies are the antagonist, the monster of the film, rather than the infection itself. Zombie movies offer little hope for the future for those who succumb to disease, pathologizing the sick.

Escape Horror offers an escape from the coronavirus

Escape horror provides an outlet to portray the claustrophobia of social distancing while providing a more positive outcome. movies like panic room and green room feature characters trapped in an enclosed space, surrounded by antagonists, with a clear goal in mind: escape. Often, these films end with the success of the protagonists, but at great expense. After an episode of suffering, surviving characters can continue to live as they knew before. With quarantine in full swing, this escapist prospect allows audiences to experience the characters’ success vicariously.

Related: I Am Legend’s Zombie Outbreak Has Surprising Parallels To The Coronavirus

Coronavirus necessitates a new genre: “the horror of restriction”

“The horror of restriction” can be used to describe any situation where characters are forced to restrict their actions and ways of life due to outside circumstances. Others provides a classic template while simultaneously matching the realities of the coronavirus: an illness forces the characters to stay indoors amid claustrophobia, fear, and the desire for a different life.

The 2010s marked a new horror of restriction with greater reach in A silent place and bird box. These films pit humans against a universal problem, rather than against each other. Although the selfishness of some is known to have a serious impact on the well-being of others, the characters of these must ultimately work together. These films generally provide much-needed positive resolution in these uncertain times of coronavirusa course for individuals and society at large to escape and rebuild. Although zombie movies definitely include elements of people teaming up, it’s usually to escape the inevitable for as long as possible. Restriction horror sees characters banding together, with family, with friends, with strangers, with the goal of not just surviving, but one day being able to outgrow their current circumstances.

Shannon Lewis is a feature and news writer at Screen Rant. She has experience in editorial work as the associate editor of Specialty Food, an online and print magazine, curating its news section and social media. She has worked as a freelance writer since 2017, writing articles, features and profiles on a wide range of topics, from business and tech to pop culture and media. Previously, she also worked as a ghostwriter for a fictional manuscript and co-founded the arts and literature magazine Octarine. Originally from Querétaro, Mexico, she graduated from the English Literature with Creative Writing program at the University of East Anglia. An avid reader and fan of writing, she uses her love of literature to dissect films in her favorite genres, including horror films, romantic comedies and superhero movies. She focuses on the intersection between story, cultural context and character development. When she’s not busy reading everything ever published under the Image Comics cloak, you can find her writing fiction, rock climbing, or creating a horror anthology. with friends.