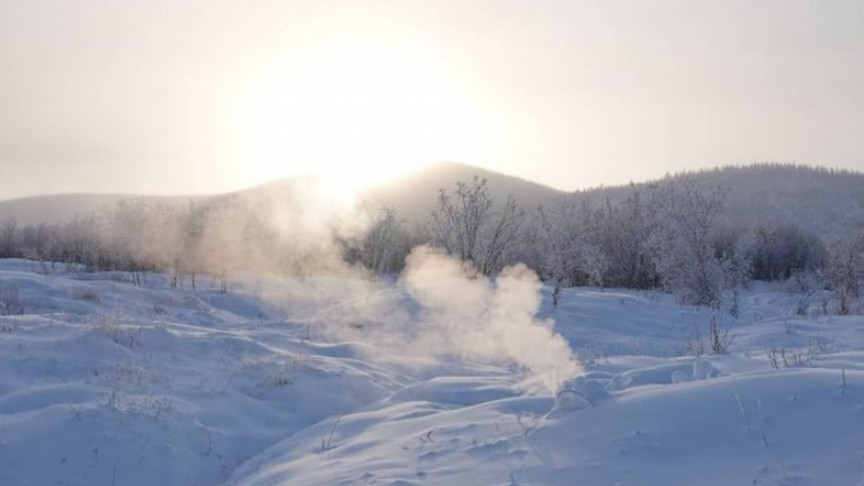 The coldest place on Earth is burning due to zombie fires.

Oymyakon, Russia, which has the lowest winter temperatures of any city in the world with an average of 58°F below freezing (50°C below zero) is generally considered the coldest inhabited area in the planet. from Oymyakon lowest recorded temperature was a reading of 89.9°F below zero (67.7°C below zero) in January 1924.

Even though Oymyakon means “unfrozen water” due to the nearby hot spring, the area is located in a permafrost zonewhich means that the ground temperature is constantly 32°F below zero (0°C) and it is permanently covered in snow.

Despite the low temperatures, peat fires, also known as “zombie fires”, fueled by peat and methane, continue to burn in the underground area.

This means that the underground fire can “revive” when the weather is dry.

Semyon Sivtsev, a photographer from Oymyakon, captured smoke rising from the frozen ground and shared the footage on his Instagram account.

He told the Siberian time, “I filmed them near the meadows near the village of Khara Tumul, not far from Oymyakon. It was in the area where forest fires were burning in the summer.

The forest fire in the Tomponski district of Yakutia started in May 2021, forced the Russian authorities to declare a state of emergency for northeastern Siberia. The fire has burned 45 million acres (18.16 million hectares) of forest in Russia this year and stayed underground all winter.

Sivtsev said he knows of a case where such zombie fires burned for several years in the nearby region of Mundullakh and were extinguished by a combination of melting snow and heavy rains. He continued: “As a result, a lake formed there four years ago. The peat burns and is replaced by water. This has also been aided by thawing permafrost and in recent years we have had heavy rains in the summer. Only last summer was relatively dry.

Having carbon-rich soils, created by plants that slowly decay over thousands of years, fires in peatlands like this can emit a record 244 megatons of carbon dioxide.

Scientists have found that occurrences of “zombie fires” are closely linked to climate change. Data shows that such fires occur after wildfires during hot, long summers.