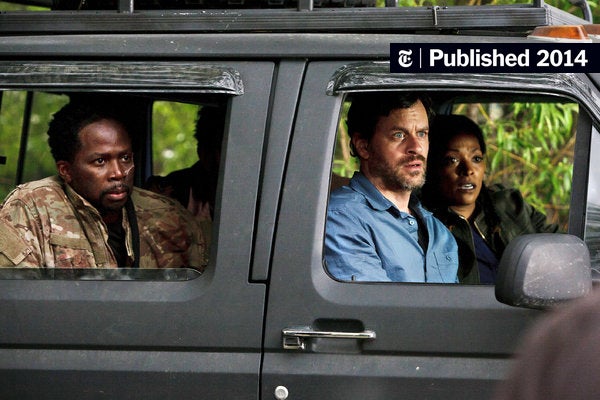 On the fiction side, the Syfy channel leads a double life. Its series are mostly straightforward and reasonably serious genre entertainment, sometimes high in their category, despite low budgets and expectations (â€œBattlestar Galacticaâ€, â€œContinuumâ€). His original films, on the other hand, are cheerfully and notoriously schlocky, a living museum of B-movie practice and an invitation to collective enjoyment: here’s a joke. Be in the loop.

“Z-Nation”, a new zombie series starting Friday night, may signal that the cinema side of the channel’s split personality is winning, that its programmers have a case of “Sharknado” fever. The show is from the production company behind that fishy swirling Twitter sensation, and based on the first episode, it looks like it’s going to be a tongue-in-cheek Syfy Saturday night spanning 13 weeks. That’s a lot of cheesy jokes and corn syrup blood.

The action begins in the midst of the zombie apocalypse with a gung-ho special forces lieutenant (Harold Perrineau) tasked with escorting an antibody-carrying civilian (Keith Allan) across the country to a California lab. It then moves forward a few years, with the soldier and his cargo of humanity’s last hope still stranded on the east coast. They finally set in motion with the reluctant help of a small group from one of the few remaining human outposts.

The motley group on a murderous road trip has many predecessors, including zombie-specific predecessors like the horror film “Zombieland” and an unfortunate new thread in the final season of “The Walking Dead”. Reduced to its basics, like here, however, it most closely resembles the Hollywood assembly line westerns that provide the template for the zombie genre.

“Z Nation” zombies are runners, in “28 Days Later” and “World War Z” modes, and their mobility is used for a comedic effect, as are the hissing and racing sounds of an evil dead baby- living. The banally self-aware script includes references to the zompocalypse and lines like “God, I hate moral dilemmas.” As usual, talented comedians – M. Perrineau, Tom Everett Scott, DJ Qualls – emerge as determined survivors in a parched television landscape. With Syfy Budgets being what they are, don’t expect them all to survive Episode 2.