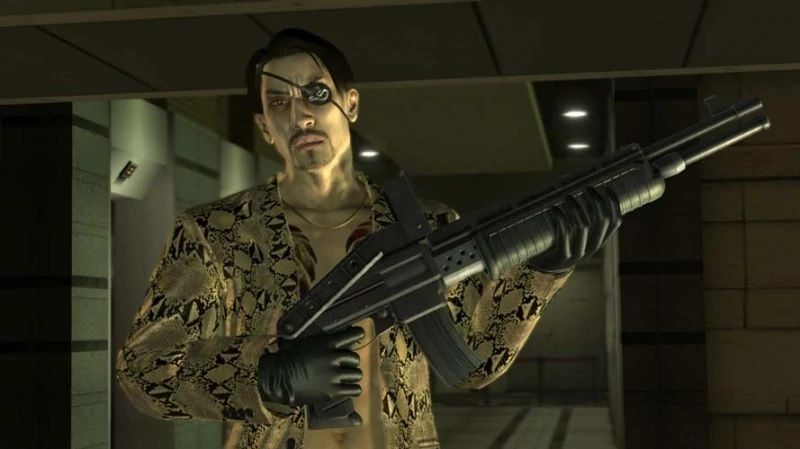 Welcome! This column is part of a regular series in which we share what Tom’s Guide staff members are playing and enjoying right now, with the aim of helping you find great games you may have missed. Don’t miss our recent column on why you should play Stranger of Paradise: Final Fantasy Origin.

Yakuza: Dead Souls is the only game in the series that Sega hasn’t remastered for modern consoles. After playing about 1/4 of the game, I now understand why. This non-canon spinoff pits some fan-favorite Yakuza characters against a zombie apocalypse, and things get silly — well, even sillier than usual. The problem is, despite its creative premise and really fun moments, it’s not exactly fun to play.

For those who have never tried the Yakuza series before, this is an action/adventure game series that follows Kazuma Kiryu, a former yakuza officer who is constantly drawn into convoluted and dramatic plots to destabilize the Japanese underworld. Borrowing elements from the brawler, open-world, and RPG genres, Yakuza has garnered a large and devoted fan base, who come for the deep, dark main stories and stay for the bizarre and eclectic side missions. You might find yourself fighting your way out of a mob boss’s headquarters in one mission, then racing slot cars or running a hostess club in the next.

I started working my way through games when I discovered that Yakuza was the perfect series for Xbox Game Pass. With Microsoft’s subscription service, I went through the first four games, as well as the prequel, Yakuza 0. But then I learned that there was actually a spin-off game that was released between Yakuza 4 and Yakuza 5. This is Yakuza: Dead Souls, and for some reason Sega never saw fit to remake or remaster this one.

However, curiosity got the better of me. I dusted off my PS3, recharged my controller, and went through the extremely complicated process of buying a digital PS3 game. Finally, I was ready to launch the most obscure Yakuza game this side of the Pacific.

A few hours later, I realized why porting the game was not high on Sega’s agenda.

If you haven’t played the Yakuza series, it’s worth pointing out that the games have always put melee combat front and center. In each game, Kiryu (and, occasionally, a handful of other playable characters) call on martial arts masters to hone their hand-to-hand combat skills. You start with basic punches and kicks, but can work your way up to devastating counterattacks and stylish “heat actions” that allow you to turn the environment against enemies, often in a hilarious way.

The emphasis on melee combat serves three functions. First, it gives every encounter a sense of drama and urgency. You don’t fight your way through a series of forgettable villains; you get close to badass, yakuza and criminal masterminds. This makes the games’ tough boss battles particularly memorable.

Second, the hand-to-hand combat makes the setting feel a bit more authentically Japanese. Gun violence is rare in Japan, even among organized crime syndicates. Having the characters engage in frequent and prolonged firefights would make the setting a little less like Tokyo and a little more like any modern video game city.

Third, and most importantly, the focus on melee combat means the developers can improve the combat system in every game. Kiryu started with a relatively modest skill set – punches, kicks, grabs , throws, some weapons, etc. Later games featured branching skill trees and multiple playable characters with distinct fighting styles. Melee combat is what the Yakuza series knows best, and fans expect at least incremental improvements in each new game.

That’s why I wasn’t thrilled when I found out that Yakuza: Dead Souls isn’t a third-person brawler at all. It’s a third-person shooter – and not a particularly good one. The game pits Kiryu and three other protagonists against a horde of zombies that have descended on Tokyo, so it stands to reason that you can’t just subdue the undead. But the “all guns, all the time” approach creates quite a few problems.

First of all, the controls are just abysmal. You can fire your gun wildly while moving, but good luck hitting all the zombies that way. If you hold down L1, you can switch to “move and shoot” mode, which is tolerable for zombies directly in front of you. But you’ll be moving too slowly to escape the zombies behind you, and there’s no easy way to turn around. If you hold down L2, you’ll enter aim mode, but you can’t move at all while aiming – and you aim with the left stick rather than the right stick, which is the opposite of how all the other third person shooter on the market handles this simple task.

Defeating zombies is also useless, because no matter where you are, they will always respawn endlessly. After each mission, you’ll return to a safe zone in Tokyo, meaning you’ll have to make your way through the same three or four transition zones at least a dozen times per character. Taking down the exact same horde of zombies as more spawn behind you isn’t fun the first time around, let alone fun on the 10th or 11th.

Finally, gun combat also means that you will never fight regular old human characters. They’re all zombies, all the time. So even the most character-driven sub-stories will find an excuse for you to battle hordes of faceless undead enemies, rather than give Tokyo’s crooks, gangsters, and muggers a well-deserved beating. This is mostly a problem for boss fights. Rather than interesting baddies, you fight huge, misshapen zombies, whose weak spots require a level of precision the game can’t offer.

Take the good with the bad

Despite its flaws, I plan to see Yakuza: Dead Souls through to the end. Structurally, the game is the same as any other Yakuza title. You will always explore an interesting city full of fun things to do. You’ll also have to take on a few dozen hilarious side missions, ranging from chasing a social media-obsessed young woman through zombie-infested streets, to locking yourself up with a bunch of horror movie stereotypes and trying to determine which one will die first.

One thing that Yakuza: Dead Souls does particularly well is its partner mechanic, which lets you recruit a variety of sidekicks, equip them with various skills, and take them with you on missions. Over time you will upgrade them and increase their affinity with you. Finding your favorite sidekicks and equipping them with skills that complement your own is a really fun and satisfying game system.

Still, Yakuza: Dead Souls is very much an optional entry in the franchise. I’m divided on the fact that it is relegated to the PS3. For one thing, most players aren’t missing much. On the other hand, if and when the PS3 digital store closes for good, the only way to play this game will be to pick up a ridiculously expensive physical copy. If nothing else, Yakuza: Dead Souls deserves credit for trying something different with an established series. If we’re serious about preserving game history, then we should aim to keep ambitious, experimental titles available – even if the experiment ultimately failed.