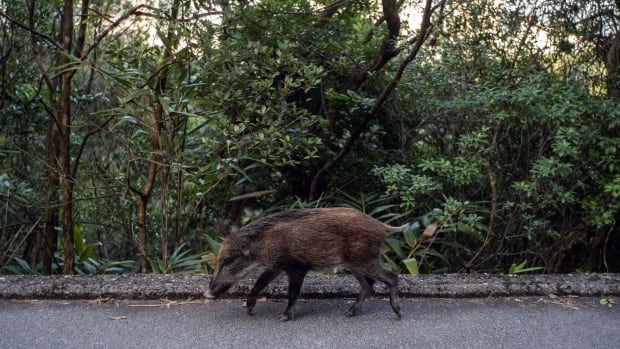 A recent study of wildlife living in the Fukushima Exclusion Zone shows almost no harmful effects of nuclear power plant meltdown radiation on the animals’ DNA.

After the 2011 Tōhoku earthquake and tsunami triggered the destruction of the Fukushima nuclear power plant, the Japanese government established an exclusion zone around Fukushima that stretched for 20 kilometers. Nearly 230,000 residents had to flee their homes, and to this day much of the area remains off-limits to humans.

“It’s pretty much a ghost town,” said Kelly Cunningham, who participated in this research as part of her Doctor of Veterinary Medicine program at Colorado State University. “It was like walking through a zombie apocalypse town. Everything was evacuated and abandoned.”

In 2016 and 2018, Cunningham was part of an international team of researchers who traveled to the exclusion zone to study the wild boar and rat snakes that inhabit the area. The team took genetic samples from the animals to analyze their DNA to determine biological responses to radiation exposure and surprisingly found that the animals showed no negative effects.

“They looked absolutely fine,” Cunningham said. “They didn’t look affected. They didn’t look sick to the naked eye or anything like that. All the things we measured showed no concern.”

The research was published in the journal International environment.

You can listen to Cunningham’s full interview with Bob McDonald at the link above.

Produced and written by Amanda Buckiewicz.