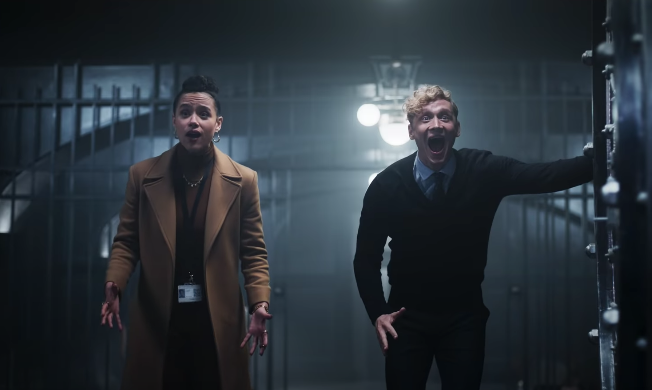 Back to the Snyderverse. No, not that one. The other…

Zack Snyder is a controversial filmmaker who has been dismissed by many as style over substance. However, for every detractor, he probably has a handful of die-hard fans who would champion him as one of their favorite directors.

There have recently been calls from fans to restore the Snyderverse in the wake of Zack Snyder’s Justice Leaguewith audiences eager to see the visionary explore the DC Universe further.

However, it more recently kicked off a new cinematic universe thanks to army of the deadan apocalyptic action vehicle with lots of zombies.

Still, the second film in the franchise moves away from the walking dead to focus more on the heist elements of the predecessor. It hits Netflix on Friday, October 29, 2021, but before you get in, it’s worth arming yourself with some vital information. So when is Army of Thieves taking place?

When does Army of Thieves take place?

Army of Thieves takes place six years before the main plot of army of the dead.

You may remember army of the dead began with a scene establishing how the zombie outbreak began. A US military convoy from Area 51 collided with a car and the infected people they were carrying broke free.

The credits sequence includes a montage detailing how the outbreak spirals out of control and we are then left with no characters six years after the initial zombie escape.

Thus, Army of Thieves takes place shortly after that opening scene and roughly six years before Scott Ward (played by Dave Bautista) is approached to assemble a team to head into the zombie zone of Las Vegas.

The film saw Ludwig Dieter (Matthias Schweighöfer) established as a highly skilled safecracker. While he was only a support player, he is promoted to protagonist in Army of Thieves.

We still see him in his early days of safecracking as he is hired to join a different crew for a heist; this time without the undead hordes.

Will Dieter be back for more?

WARNING: ARMY OF THE DEAD SPOILERS

Fans of the character were undoubtedly emotional when Dieter sacrificed himself to ensure Vanderohe made it to the vault.

However, Zack Snyder suggested his fate may not be sealed in a conversation with Reverse:

“…the real adventure would be to see what happened to him when that vault door closed. Was he killed by Zeus or not? What happened? We don’t see him die on camera, and there’s still time. I won’t tell you what happens in Army of the Dead 2 – aka Planet of the Dead – but let’s just say there’s a chance Dieter survives.

He added: “And there is a chance that the contact with death made him want to find an imprisoned Gwendoline.”

While there’s no way to know for sure right now, it does make it seem like Dieter could have made it out of the casino alive.

Not only is Matthias playing the lead role this time around, but he’s also taken over directorial duties from Zack.

He resumes his army of the dead role alongside an exciting ensemble:

In other news, Mark Burnham dons the Leatherface mantle taking over from Gunnar Hansen