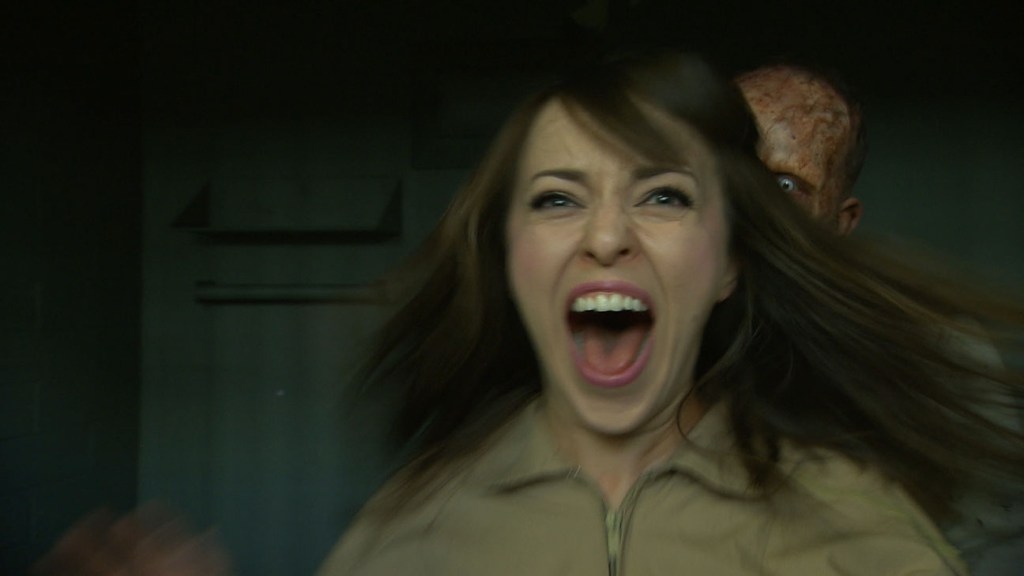 Nine YouTube stars including former Incredible race competitors Joey Graceffa and Meghan Camarena were blindfolded, brought to the former Sybil Brand Women’s Prison in Los Angeles, and placed on a hospital bed or in jail cells. When they opened their eyes, they had to fight their way through a zombie apocalypse.

The series was made for just under $350,000; in conjunction with brand sponsors, CON TV offers 11 five-minute episodes featuring the full cast, and BlackBoxTV (a strategic partnership with Alpine) airs additional episodes, each following a single contestant.

Alpine is also working on licensing the brand to producers in other countries, who would produce their own series with familiar local talent and sponsors.

Made by Alpine Labs co-creator Kevin Abrams, the first season was an ambitious effort, featuring around 200 extras who played zombies. VFX makeup artist Tommy Pietch designed all of the zombie looks and supervised the make-up team.

The series was photographed with around 60 cameras, including GoPros that were attached to contestants’ costumes for point-of-view shots. There were also three newsgathering crews following them around; Standard and high definition CCTV cameras, as well as GoPros, were mounted around the location for wide shots.

When planning the second season of To fight, Alpine is moving forward with additional projects. Last week he signed a deal with Overbrook Entertainment to co-produce TV series tip of the coffin, described as “a historic battle of wills between a boy sheriff Ed McTeer and the legendary root doctor, Dr. Buzzard, opposed to a country on the brink of war. Based on Baynard’s WoodMcTeer’s biography and created by Abrams and Lewis, it will be produced by Overbrook and Alpine. Overbrook’s Will Smith, Jada Pinkett Smith and James Lasiter with Abrams and Alpine’s Denenberg serving as executive producers.