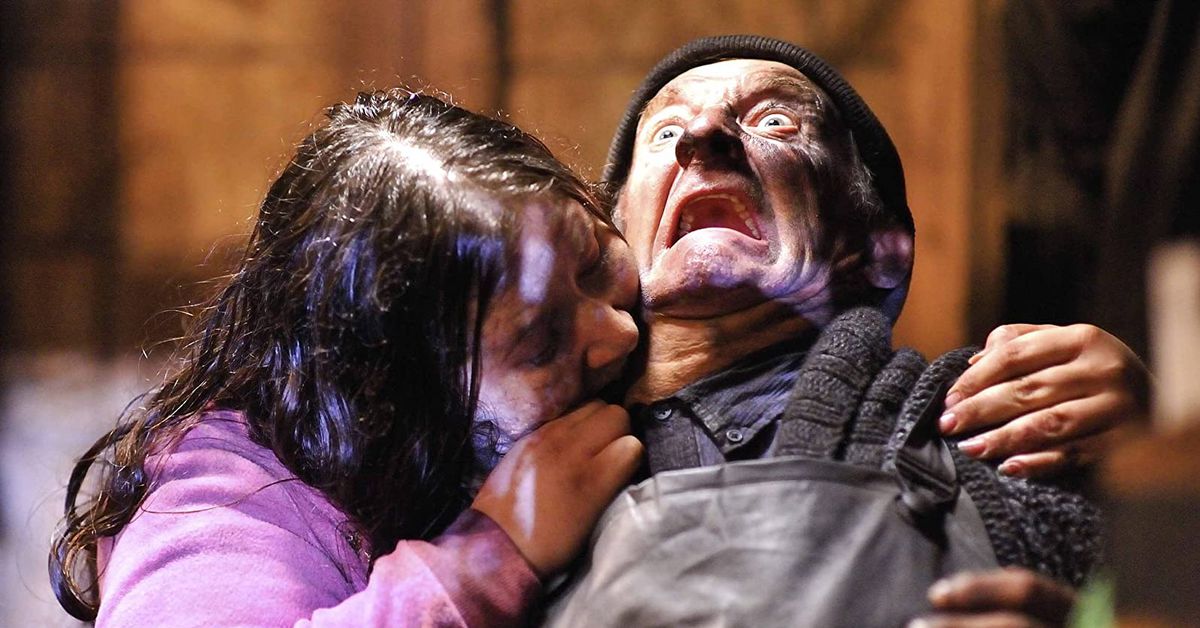 Novelist Daniel Kraus only met his hero George Romero once, at a horror convention around 2006. Eleven years later, the man who directed night of the living dead, creator of the zombie movie genre as we know it, has died of lung cancer. A month after his death, Kraus set about finishing Romero’s final project: his long-gestating first novel, Zombies.

There’s something oddly appropriate about George Romero finishing a novel (and a zombie novel, no less) from beyond the grave. It’s even more fitting that the work is done posthumously by Kraus, a writer and documentary filmmaker obsessed with Romero’s zombie oeuvre ever since his mother showed him night of the living dead when he was 6 years old. “These are my star warsKraus said in a phone interview from his Chicago home.

Kraus is the author of several popular young adult fantasy novels, including Rotsthe story of a teenage grave robber, and two volumes of The Death and Life of Zebulon Finch, the story of a dead child who comes back to life. Kraus is also used to collaborating with creators who have strong personal styles, having previously co-written the book versions of troll hunters and The shape of water with their creator, Guillermo del Toro.

Corn Zombies was a different type of project for Kraus, as he not only had to work with someone else’s ideas, but had to interpret their intentions. As he explains in an author’s note at the end of the book, Kraus’ only meeting with Romero came from the filmmaker’s manager, Chris Roe, who grew up with Kraus in Fairfield, Iowa. After Romero died, Roe asked Kraus if he could do something with the big chunk of Zombies Romero left behind what was only “about a third” of what would become the final manuscript.

While researching Romero’s history as a prose writer, Kraus also discovered two chapters from an earlier attempt at a zombie novel that Romero briefly attempted to serialize online in 2000. He also found a short story, written from a zombie’s point of view. And then halfway through the writing process, Roe sent Kraus an old letter from Romero, outlining some general ideas for the book. In total, Kraus estimates that about half of the text of the final version of Zombies was directly written or at least plotted by Romero.

The final version of Zombies is big — nearly 700 pages — and bold. The story begins with the onset of a plague of zombies, capturing the turbulent early days of the apocalypse from the perspective of a handful of very different human characters: a news anchor, a teenager in a trailer park, a medical assistant, a naval helmsman, a low-level bureaucrat, and others. Later, the story jumps forward to consider the devastating consequences of the initial outbreak. Throughout, the writers take diverse stylistic approaches, moving from sweeping glimpses to intense individual moments of dread as they trace the saga of modern civilization’s death and attempted rebirth.

What the writer’s note doesn’t really address are the challenges of adapting Kraus’ style to Romero’s – especially since the material Kraus had to work with was so sketchy. “It would have been a lot easier if he had written half the book and quit, you know?” said Kraus. “It’s a certain type of challenge. But I had all these different islands that he created, and I had to build bridges between them.

Kraus’ solution? Try to think like Romero. As he explains, “I was really trying to get inside his head and find ways to creatively answer questions that he hadn’t left the answers to.”

This process included reviewing Romero’s six zombie films (since 1968 night of the living dead to 2009 Survival of the dead) and trying to draw some sort of continuity between each of them and the book. Kraus also absorbed all the Romero interviews he could find and spoke extensively with his widow Suzanne.

More importantly, he watched the movies Romero liked the most — which, by and large, weren’t horror movies. He preferred classic cinema, made by people like John Ford and Michael Powell. Kraus consumed what Romero consumed, to try to figure out why Romero created the characters and scenarios he did in Zombiesand where he might have taken them if he had lived.

“To really make it sink, it just took tons of thought,” says Kraus. “I’ve never spent so much time sitting at a desk and thinking. Months of research went into the book before I even started.

Part of the process was figuring out why Romero was writing a novel in the first place. As a super fan of Romero, Kraus was aware of the long list of movies the director hadn’t been able to make, and he was aware of the issues he had had securing the money to realize his vision. , even on presumably bankable zombie movies like The day of the Dead and land of the dead. In prose, Romero could tell any story he wanted to tell, regardless of budget.

As for why Romero decided to go back to zombies in the first place, Kraus suggests, “I think he always understood that was what people expected of him. He realized that if he wanted to make a splash in fiction, his first book probably had to be in this universe he had pioneered. Moreover, he had equipment ready. He had a backlog of ideas and visions for a much bigger zombie story. His first attempt to write something like this happened in 2000, then 10 years later he started trying to do it again. I think it shows his determination to try to do that.

After spending so much time thinking, Kraus found the writing to be quite easy. He did an editor’s job first, deciding which pieces of Romero’s original material to use and how. “It more or less created what the Romero/Kraus style would be, just editing George,” he says. “There were a lot of very complicated things in this book. But the voice was very natural.

Perhaps more importantly, Kraus trusted himself, thinking that as a Romero enthusiast who had been writing his own bestselling genre fiction for over a decade, he might know how to create characters and invent storylines that would work. well in this book. For example, while Romero had the idea to include zombie POV chapters – and left detailed notes on the nature of zombie consciousness – Kraus wrote these sections in his own style, choosing to move them into a second-person perspective.

“George was a source of great ideas,” says Kraus. “But maybe being more of a seasoned novelist, I sometimes jostled his format a bit.”

Still, he adds, “My main concern has always been to stay true to Romero. I always tried to be sensitive to what I thought he would approve of. I literally had pieces of paper taped to my computer with reminders not to wander into “Daniel Kraus Land”. Romero had certain points of view, and I had to respect them as much as possible. »

These views include a fundamental pessimism about the ultimate fate of humanity. Romero’s films regularly demonstrate his fascination and even admiration for human labor, as his characters build themselves small, well-appointed bunkers, seemingly safe from the flesh-eating ghouls that roam outside. But the ghouls eventually come in, because in Romero’s world, people are also often too arrogant, greedy, and impulsive to survive. They make catastrophic mistakes in looking out for their short-term interests.

It’s a vision that may resonate all the more in this pandemic year. But the ultimate goal of Zombies is not to comment on 2020, but rather to carry all Romero’s social commentary in a giant vessel. The book’s story spans decades and makes passing references to the events of Romero’s six zombie films, treating them as the starting point for a longer, broader and more complex tale than it actually is. has never been able to tell on the screen. Kraus made a lot of choices as to where the plot would go, but always in service of what Romero wanted.

Zombies will be released on August 4.

Pricing taken at time of publication.

It starts with one body: two medical examiners fight a dead man who won’t stay dead.

It spreads rapidly: People everywhere are being targeted by both the living and the dead.

We think we know how this story ends.

Vox Media has affiliate partnerships. These do not influence editorial content, although Vox Media may earn commissions for products purchased through affiliate links. For more information see our ethical policy.