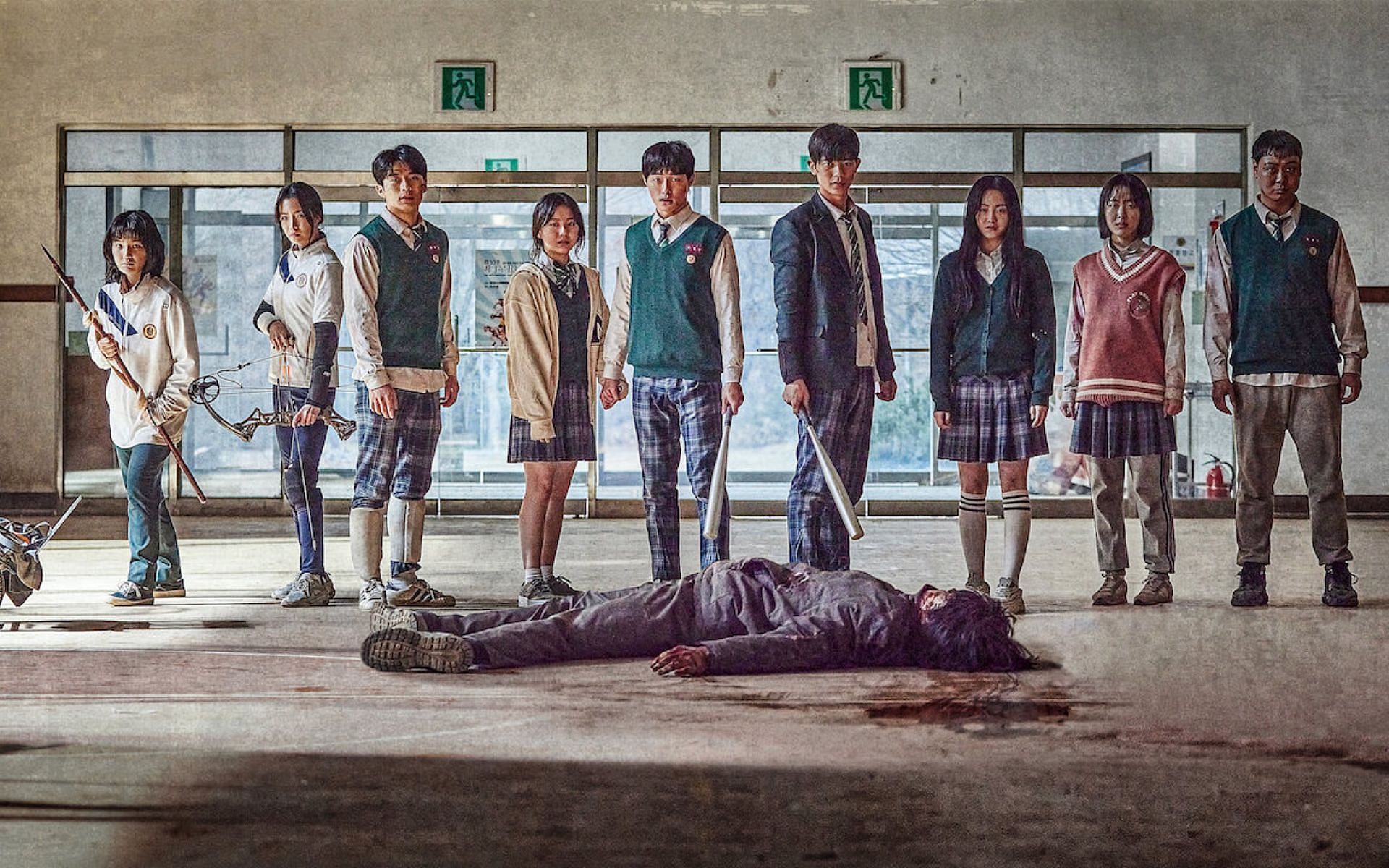 For director Lee Jae-kyoo, his show we are all dead puts a new spin on the done-to-death zombie genre. When it comes to zombie thrillers, the majority of them represent adults confronting the undead. But the recently released Korean horror series chose to stand out.

In We are all dead the story follows a group of teenagers at a high school where a virus is spreading. While the majority of students and teachers turn into zombies, the surviving group must do everything not to join their horde.

Why are We are all dead’s teenage protagonists?

According to Jae-kyoo, the reason why high school students are the protagonists of we are all dead was to show the distinction between how a child makes decisions versus an adult. He said,

“Until now, most zombie films have revolved around adults. But this series follows the story of students, who have yet to mature and be socialized.

While both face the same life-threatening situation, children tend to make more risky decisions unlike adults who take a very different course of action.

“When adults are put in a dangerous situation, they will all find a safer way. But children, they sometimes make more risky decisions. I wanted to make a story that will make people think about what it means to be an adult and a human by observing the decisions and actions children make in a life or death situation.

For Jae-kyoo, we are all dead wasn’t just a way for him to experience the zombie genre, it was a platform for him to talk about the endemic problem of bullying.

“I don’t think bullying only happens at school. It also happens in society. People who collectively bond in groups with selfishness bring such problems to society globally.

Some might think it’s just a story of kids in school, but hopefully viewers can find it relevant even as adults.

But at the same time, Jae-kyoo was aware that at the end of the day, a viewer would watch all twelve episodes of his show. only if it quenched their thirst for creepy horror.

Read also
The story continues below

“Usually, a human turning into a zombie is the scariest part of zombie movies. So for this series, viewers will be able to experience the extreme fear with the scenes that show people turning into zombies.

There’s no doubt that Jae-kyoo did an amazing job. we are all dead continues to climb the charts on Netflix and fans are already eagerly awaiting its second season.