MANILA, Philippines – After a successful Season 1, the South Korean zombie thriller Kingdom is back on Netflix.

At the time of writing, the six-episode second season has emerged as the most watched Netflix content among Filipinos – dislodging fellow K-drama Crash Landing On You – based on the streaming service’s new feature that allows subscribers to discover the Top 10 outings in your country.

The STAR recently joined a videoconference interview with the creators and stars of Kingdom, and they spoke about what fans of the show can expect – from mysteries to be solved to new characters – in season two.

But if you ask them about the global success, they’ll say it was the least of their expectations when the period thriller set under Korea’s Joseon Dynasty first aired in 2019.

Writer Kim Eun-hee said, â€œI really wasn’t expecting the kind of response we had for the previous season. I tried very hard to bring out the more Korean elements of the show, which I think the audience found interesting and appreciated.

Director Kim Seong-hun, who directed all of Season 1 and the opening of Season 2, said, â€œI was very much hoping for the kind of interest and love in the series, but I wouldn’t could predict it.

In Kingdom season 1, the dead king is resurrected and Crown Prince Lee Chang is accused of treason and exiled to the outskirts of the kingdom. There, he begins to investigate what causes poor communities to turn into “living dead”. In Season 2, Lee Chang and his team are determined to return to Hanyang, the capital of Joseon. Besides the plague, they also have to deal with the Cho Clan which has grown more powerful than ever and will do anything to prevent the prince from claiming his rightful place on the throne. The second season brings back stars Ju Ji-hoon as Crown Prince Lee Chang, Ryu Seung-ryong as Chief State Councilor Cho Hak-ju, and Bae Doona as Doctor Seo-bi, among others.

If â€œhungerâ€ was a dominant theme in the pilot season, writer Kim Eun-hee said she wanted the season 2 storyline to be anchored in the concept of â€œbloodâ€. She said, â€œI wanted to tell a story about blood in Season 2. As well as being literal blood, I wanted to explore themes of lineage and lineage. Ultimately, I think the new season will be a story about the two colliding worlds of the undead who desire blood and those who desire a particular lineage and lineage. Certainly no spoilers here, but Season 2 director Park In-je has promised a roller coaster ride throughout all six episodes. â€œTo give you a general idea, Prince Chang, who was following in the tracks of the miraculous herb that became the key to the survival or downfall of the country, faces many challenges. He reflects on what the miraculous herb is and how he should approach it and what he should do for his â€œkingdomâ€. A final key theme for the new season is whether or not the â€œkingdomâ€ will fall. You can expect a roller coaster ride throughout the season.

Asked about the difference between working on a Netflix series and a South Korean drama, Kim Eun-hee said, â€œFirst of all, when it comes to working with Korean terrestrial broadcasters, we are never on the line. shelter from the pressure of the hearings. And there is also the factor of having instant and very immediate feedback from viewers, which sometimes requires making revisions to the script and so on. 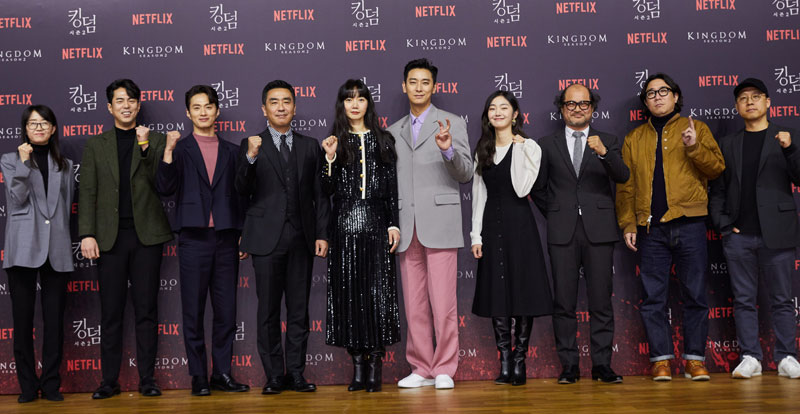 She continued, â€œThere is, of course, freedom of speech. So things like beheading, for example, can never be something that gets broadcast on television. In Korea, now you know, only nowadays you have to work too, even if you only hold a knife, it must be blurry. So that was a big difference.

The first season was released in 190 countries with subtitles in 27 languages. It has also been dubbed into English in some countries. Director Kim Seong-hun admitted that he was initially very worried about the dubbing. He said, â€œI had reservations that this is not a contemporary story, and seeing actors wearing traditional Korean costumes speaking in a very different language can be very shocking to viewers. But in the end, I was surprised at how naturally the dubbed versions sounded.

â€œI realized that language is ultimately just a method of delivering the essence, which is the work itself. A great artist you may know (Oscar-winning Parasite director Bong Joon-ho) recently talked about an inch-tall subtitle barrier, and we’ve reduced the barrier to one centimeter with the service. subtitles and dubbing. It is tailored to the needs of an individual client, so you can choose to watch the series as a dubbed version if you feel cluttered with subtitles, or enjoy the original version if you prefer to listen to the voices of the actors. I hope the public will appreciate the flexibility of having both options.

Meanwhile, the director attributed the major surprise of Season 2 – how zombies are actually able to come out and attack during the day – to the genius of the writer.

Kim Seong-hun said, â€œI have to say that this was actually the part of the master plan that was created by writer Kim Eun-hee about two years ago. Just as the universe was first created. with the sun, the planets, and the earth, it was all the great writer’s blueprint, how they reacted to different temperatures and how, like you said, they have different mechanics in season 2. Hopefully she will continue to surprise you with shocking points until season 10.

So the question now is: will there be a season 3? Writer Kim Eun-hee teased, â€œAs you all know, the production of season 3 depends on the success of season 2. If you support and love season 2, I’m sure we can bring the season to you. 3 with a bigger world. I personally hope that the series will continue until season 10. “