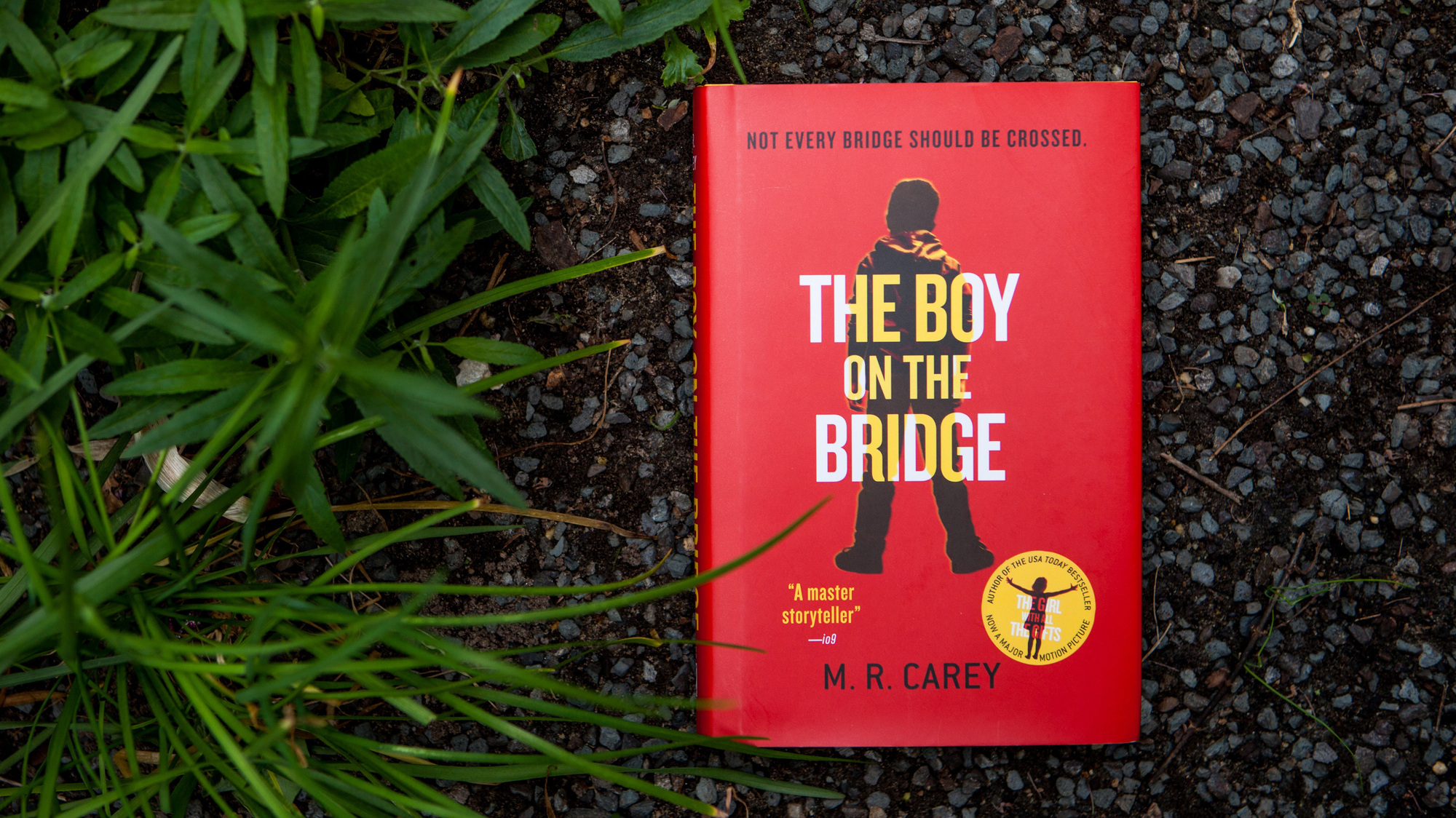 In 2014, MR Carey’s The girl with all the presents wrapped a coming-of-age tale in a zombie apocalypse and assured us that kids were our future, except for the part where everyone was sort of doomed to become brain “hungers” . The last bastions of human civilization could try any ethically dubious miracle cure they wanted, but once you caught a case of Unilateral ophiocordyceps, it was over, man. And given that The girl with all the presents ended in an airborne mutation, only MÃ©lanie – a hungry second generation who retains her sanity – would offer much hope for the future.
The boy on the bridge returns to this world for a parallel prequel detailing what, exactly, happened to the original mission of the Rosalind Franklin, the impenetrable armored mobile science lab that Melanie and her motley crew requisition in The girl with all the presents. And Carey seems to know that, given the gloomy nature of the first book, there’s no point in pretending there might be a happy ending here. Instead of, The boy on the bridge has the familiar form of a disaster movie, and you’re neck and neck with the Rosalind Franklin as they realize what they are up against and begin to calculate who has a chance of making it out alive.

The crew are once again an uncomfortable, morale-devouring mix of determined scientists and resentful servicemen, with a precocious youngster who has the power to upset the delicate balance. Greaves is a fifteen-year-old science prodigy, perceived to be somewhere on the autism spectrum or irreversibly shaken by childhood trauma depending on who perceives, and his interest in starving people for reasons other than their tissue samples ends up being fueling many of the novel’s twists and turns. (By extension, he’s also the source of some of the more demanding suspensions of disbelief in the book.)

But the stakes here are a little more institutional than The girl with all the presents; there are several side parallels to be found in oppressive government, with scientists rushing to solve a global problem before it’s too late, and the simple fact that any pathogenic zombie setup is a metaphor for a superbug waiting to be seen. produce. And for the most part, Carey uses that larger crew and the slightly earlier timeline to explore the anxiety and despair of living on the precipice of a blackout. Civilization is precarious, but everyone still has the energy for coups, and scientists are starting with the hope that there is a cure. You can imagine how well this is going. There are occasional beats of dry self-awareness, especially whenever things are aligned to connect with The girl with all the presents. But despite the many points of view of the characters and the ethical dilemmas of a cure, there is also a certain estrangement from all the machinations. While the stakes are clear and the group’s growing disasters turn into ethical conflicts, the pieces do not connect into a compelling whole. (For me – and maybe rightly so, given the topic – this series is like watching a cooking show; you can see the work that goes into the dishes, but you can’t be satisfied with what has been done.) But for those who enjoyed the first novel, The boy on the bridge is a cautious companion, featuring thematic parallels that remind us, in sometimes gruesome ways, that our actions always have broader consequences than we realize.
GeneviÃ¨ve Valentine’s latest novel is Icon. Copyright 2019 NPR. To learn more, visit https://www.npr.org.

You make MPR News possible. Individual donations are the source of the clarity of our reporters’ coverage across the state, the stories that connect us, and the conversations that offer insight. Help us ensure that MPR remains a resource that brings Minnesotans together.

Make a donation today. A donation of $ 17 makes a difference.