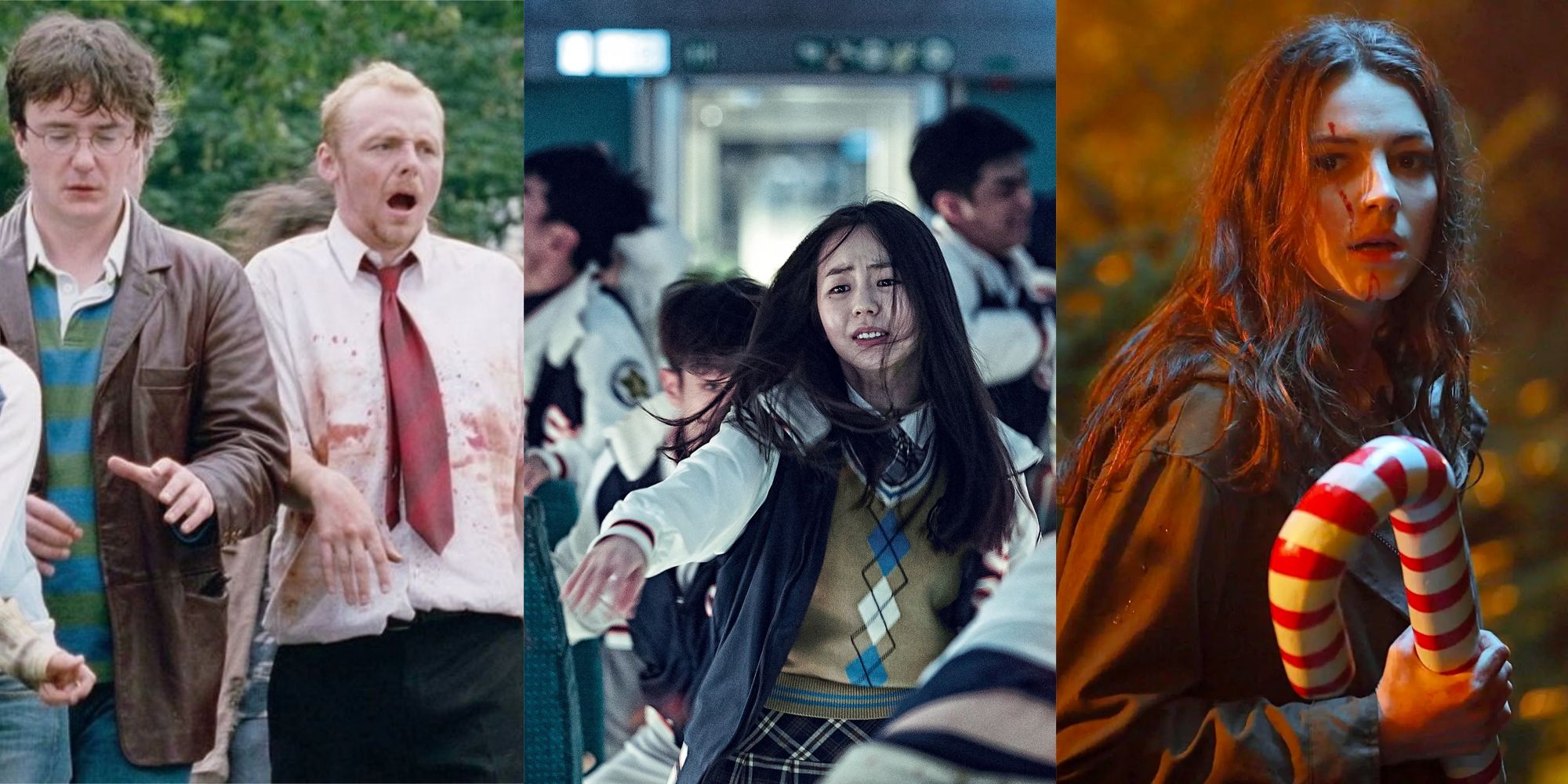 Fans around the world are eagerly awaiting the upcoming series finale of the long The Walking Dead but until then, there are plenty of movies you can watch to get your fill of zombies. The genre has been a staple of cinema for decades and great movies are still coming out.

The fun thing about zombie movies is that they can span all sorts of genres, including classic horror stories, hilarious comedies, and even adorable romance tales. Either way, there’s something pretty special about almost every movie featuring zombies, and Amazon has the best of them available for purchase.

dawn of the dead

It’s hard to think of a more iconic zombie movie than dawn of the dead. George A. Romero’s original essentially defined the genre and is worth adding to your collection, but the 2004 remake lives up to the mark in terms of quality.

RELATED: 10 Movies That Should Be Remade With Zombies, According To Reddit

Written by James Gunn and directed by Zack Snyder, this version felt like a new take on a classic story. It was praised for its scares and acting, but the visuals stood out, which is a big part of why it’s the perfect zombie movie to watch from the comfort of your own home.

Pride and prejudice and zombies

As noted, the zombie genre can take many forms and it’s always fun to see a movie that does something different with it. That’s just what Pride and prejudice and zombies did, adding the horror creature to a parody of the classic Jane Austen novel.

Although reviews for the 2016 film were mixed at best, it’s worth watching because of how different it is, along the same goofy lines as Abraham Lincoln: Vampire Hunter. Lily James leads a pretty impressive cast in an action-horror-comedy flick to spare.

One of the most serious versions of the zombie genre appeared in 2013 World War Z, adapted from the book of the same name. There were two main selling points for the film when it was first revealed, including Brad Pitt as the lead actor.

The other standout came in the trailer when the audience saw the way these zombies moved. They were terribly quick, relentless, and willing to hurt each other to get what they wanted. While some of the CGI doesn’t hold up well, there’s still a lot to love about this creepy flick.

Zombies in an animated setting isn’t something that happens often, although Marvel has a series set to arrive in the future based on this concept. A movie that did it well was 2012 Paranormandwhich tells the story of a boy who can communicate with the dead, which helps him end a curse on his town.

The thing about the zombies here is that they’re not done in the traditional sense seen in a survival horror movie. They were part of the story but not the focal point, but they still left a mark on viewers. The well-received film is bolstered by stunning stop-motion animation.

With so many films in the core genre over the years, it can be difficult to present a unique concept in a zombie movie. For the most part, zombies had been portrayed as slow-moving, only becoming truly dangerous when hunting in packs that overwhelmed living humans.

However, the years 2002 28 days later reversed this as the zombies moved quickly, making them scarier than ever. The combination of Danny Boyle as director and Alex Garland as writer only added to the reason it was such a hit and the sequel does a solid job of following things up.

Two genres that never seem to fit together are romantic comedy and zombies, but Warm bodies somehow managed to pull that off in a heartwarming way. The supernatural teen movie sees a young woman fall in love with a zombie who begins to revert to her human form because of it.

Based on a novel of the same name and inspired by Romeo and Juliet, the 2013 film proved to be a commercial success and received critical acclaim. They found it unique, touching and praised it for having a talented cast from top to bottom.

Obviously a smart play on the dawn of the dead title, 2004 Shaun of the Dead is basically zombie movie royalty at this point. The first part of Cornetto with Three Flavors trilogy (followed by Warm fuzz and the end of the world) is widely considered one of Edgar Wright’s finest films.

It plays off tropes from multiple genres brilliantly while focusing on the titular Shaun as he and his friends attempt to survive a zombie apocalypse. The sequels parody action and sci-fi stories, so this is the only entry to feature zombies, but it can also be enjoyed as a standalone story.

Whereas Shaun of the Dead is widely regarded as the best zombie comedy ever made, the zombieland movies are on point. The first episode, released in 2009, centers on four survivors of an apocalypse who bond while trying to find refuge from the horrors.

The original was both a critical and commercial success, led by standout performances from Emma Stone, Jesse Eisenberg, Woody Harrelson and Abigail Breslin. Bill Murray’s cameo is also one of the best in movie history. 2019’s sequel wasn’t as well received but is still worth picking up.

Between popular TV series like squid game Where we are all dead and groundbreaking films like snowdrops and Parasite, South Korea is riding high in terms of success. Among them is the one from 2016 Train to Busanwhich is a must have for any zombie fan.

Most of the plot takes place on a high-speed train as passengers must battle a horde of zombies during an unexpected outbreak. The movie was a huge hit and is widely considered one of the best zombie movies ever made.

Anna and the apocalypse

Similar to Warm bodies2017 Anna and the apocalypse looks like a mix of genres that shouldn’t work together, but eventually do. It’s obviously a zombie movie but it’s also a Christmas movie and a musical, filled with more emotions than one might expect.

The zombie action is impressive, the musical numbers are catchy and addictive, and the holiday setting makes it all absurd, yet intriguing at the same time. Featuring Dickinson Ella Hunt, this little-seen movie may not be popular, but it’s one of the best and most unique the genre has ever seen.

Born in New York, Kevin eventually earned his bachelor’s degree in Creative Writing for Entertainment at Full Sail University as a valedictorian. He has written in the past for various websites covering movies, TV, pop culture, sports, and wrestling. You can still find him on his Twitter, @the_kevstaaa.