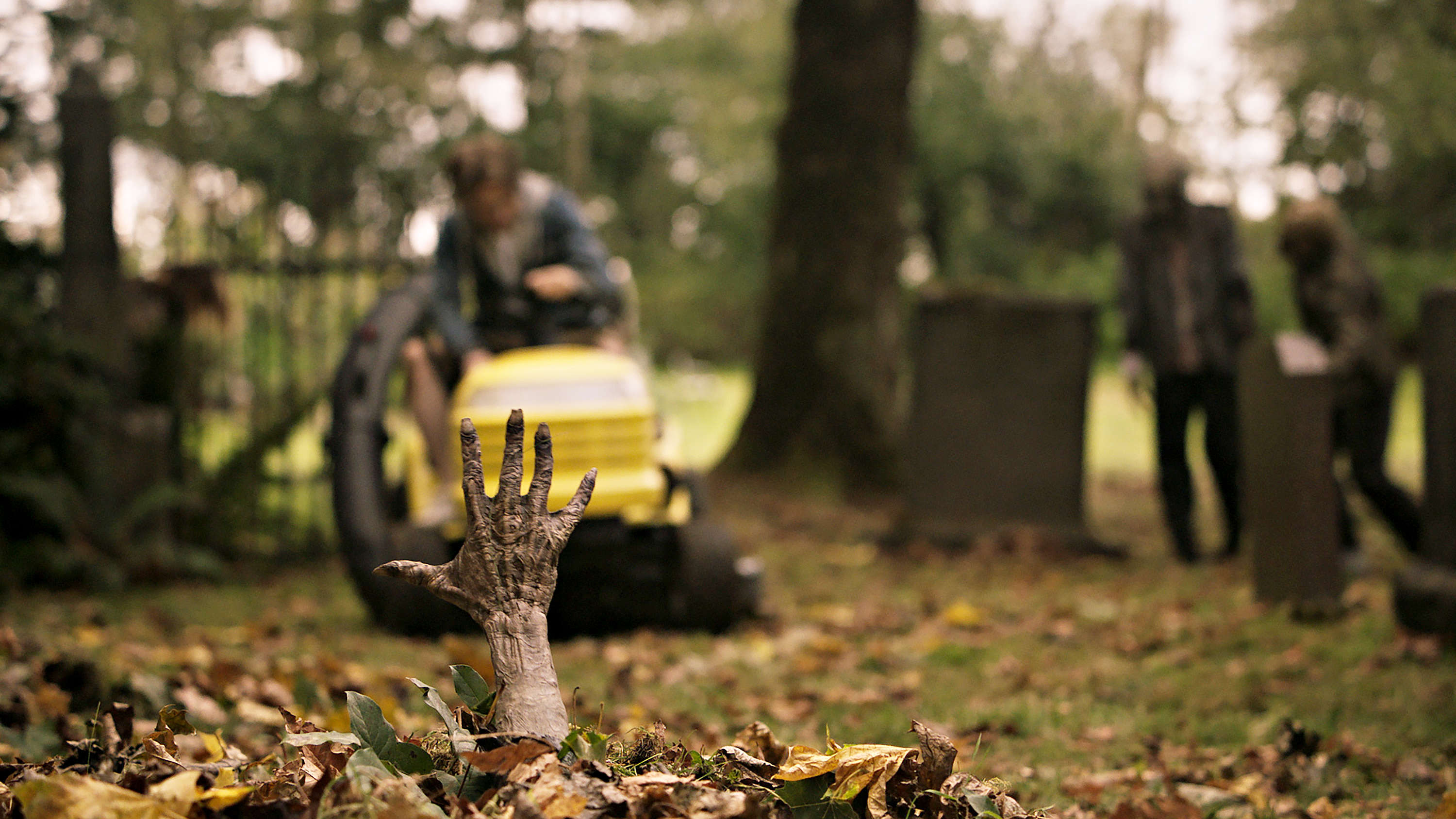 Create a free profile to get unlimited access to exclusive videos, sweepstakes and more!

Register for free to view

Create a free profile to get unlimited access to exclusive videos, sweepstakes and more!

Register for free to view

Run for your life! The first of the SYFY series The day of the Dead will officially rise from its grave on October 15th, and unlike the characters on this show, you have been warned. Inspired by the zombie universe of George A. Romero, the first to bring the rowdy undead to life in the 1968s Night of the Living Dead – showrunners Scott Thomas and Jed Elinoff bring us a new zombie-apocalyptic series.

The day of the Dead follows a group of aliens trying to survive the first 24 hours of an undead invasion of their conflict-ridden small town. This ode to Romero’s famous flesh eaters reminds us that sometimes all it takes to bring people together is a horde of hungry zombies trying to tear them apart.

“Everyone has a big day not knowing that the dead are also planning a big day and they’re going to ruin everyone’s day,” Thomas told SYFY during a Comic-Con @ Home panel in July. While the series pays homage to the original film, Steven Kostanski, who directed the first four episodes, explained during the panel that the series stands out by having a “Red Dawn vibe”, referring to the action film starring Patrick Swayze from 1984.

The day of the Dead is produced by Stan Spry, Jeff Holland and Drew Brown. It is written by showrunners Elinoff and Thomas.

The day of the Dead premieres on SYFY on October 15 at 10 p.m. ET. You can check out the official poster art below!

November 25, 2021
These are the best zombie movies on Netflix

These are the best zombie movies on Netflix