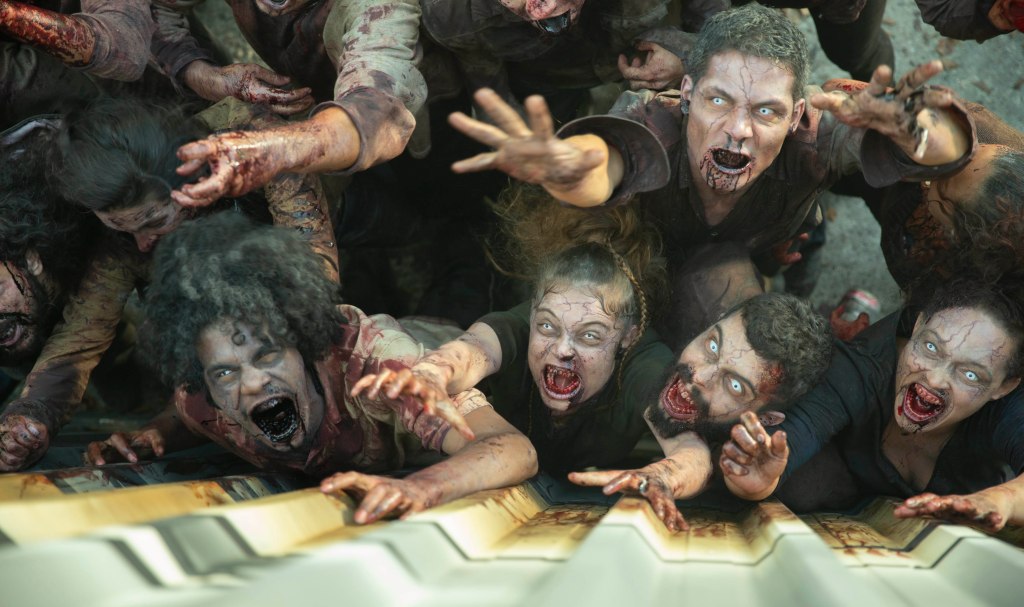 Netflix unleashes Brazilian zombies in â€œReality Z,â€ its first collaboration with Brazilian multi-emmy production house, Conspiracao. The series will be available from June 10.

Adaptation of the British horror miniseries “Dead Set” by the creator of “Black Mirror” Charlie Brooker, “Reality Z” takes place in the breathtaking setting of the Brazilian city of Rio de Janeiro, where a zombie apocalypse forces the participants and the producers of the â€œOlimpoâ€. reality show to take refuge in the autonomous tailor-made set.

Award-winning Brazilian director, screenwriter and executive producer ClÃ¡udio Torres (“The Invisible Woman”) took on the challenge of adapting the series by tapping into Brazilian pop culture and his obsession with reality shows. “Olimpo” is reminiscent of “Big Brother Brazil”, which won an official Guinness World Records certificate when its March 31 episode garnered over 1.5 billion votes.

At first, wary of “playing with a classic,” Torres sought inspiration from the Brazilian anthropophagy art movement. â€œProposed in 1922 by Brazilian intellectuals, the manifesto proposed to attack the cannibal past of our Indians (who devoured several Portuguese, French and Dutch passing through) and toâ€œ eat â€foreign culture, spitting it out in an art Brazilian. shape, â€Torres said.

The movement was then revisited in 1968 and renamed â€œTropicalismo,â€ which first took root in Brazilian music and introduced the electric guitar into then elitist Brazilian popular music. Among others, “Caetano Veloso and Gilberto Gil led the movement that forever transformed our music, our painting and our theater,” he continued.

“I thought that was the way to devour ‘Dead Set‘ and throw it at the Brazilian,” he reflected. “The first five episodes are ‘Dead Set’ seen through a tropical mirror. From Episode 6 to 10, the material is totally new and, I hope, honors the critical soul, humor and violence of it. ‘Charlie’s original,’ he said.

â€œThe zombie genre is still new to Brazilian cinema, so we had to learn and reinvent a lot to deliver a show with great production values,â€ Torres noted, adding that over 1,000 scenes featured special effects. â€œThe most complex visual effects were the aerial shots where we created a destroyed Rio de Janeiro with 3D elements, fire and smoke. “

Brazilians’ love of pop culture is also illustrated by the fact that the biggest Comic Con takes place in Brazil, noted Renata BrandÃ£o, CEO of Conspiracao and executive producer of “Reality Z”. â€œBut most Brazilian viewers only follow foreign productions of these shows; we can change that and ‘Reality Z’ is a step in that direction, â€she continued.

Conspiracao is currently developing six shows, including one in Spanish with a team in Argentina, BrandÃ£o said. Torres will write and direct two other shows for Conspiracao, both produced and filmed with social distancing restrictions: the comedy “The Lockdowns” and a murder mystery thriller set in a digital environment for a quarantine.

Netflix announced last year that it has around 30 original series and films in various stages of production in Brazil. The company released 11 original Brazilian series in 2019. Its most popular series to date have been â€œSintoniaâ€ and â€œOmniscientâ€, from producers of Losbragas (â€œSamanthaâ€) and â€œ3%â€ Boutique Filmes respectively.

In April, Netflix allocated $ 1 million to support local production workers and freelancers unable to work due to the COVID-19 pandemic.

â€œReality Zâ€ will be released in all territories where Netflix is â€‹â€‹available.