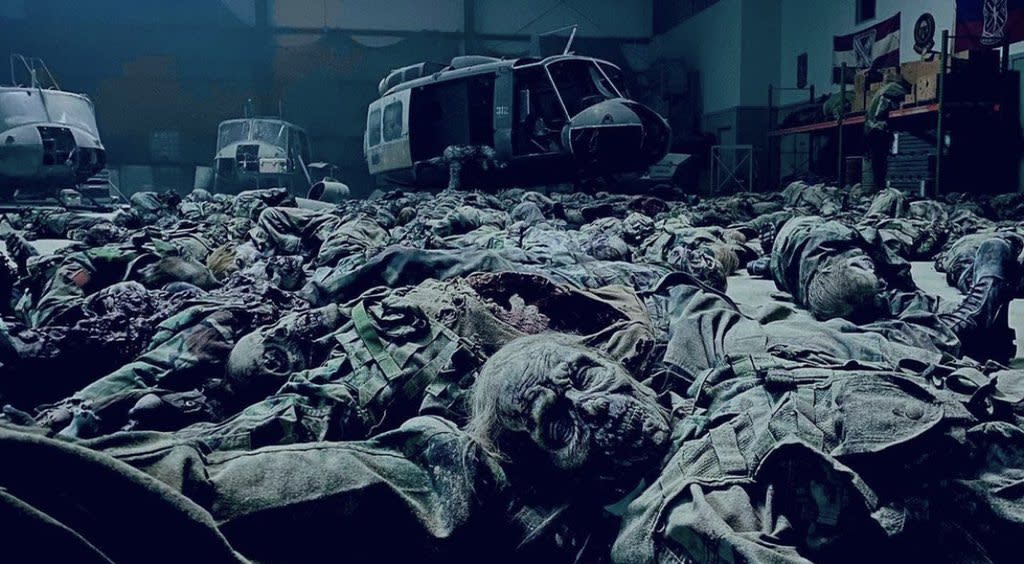 The Walking Dead took a bite out of Comic-Con today to make an emotional final arc at Hall H. The dystopian show also unveiled a new trailer for the final eight-episode series (which you can see above) and his latest premiere date.

The last eight episodes of TWD will debut on October 2, the trailer revealed.

“You wanna die fast, you wanna die screaming,” Norman Reedus’ Daryl Dixon says in the nearly three-minute trailer shown to a packed Hall H today. Picking up where previous sections of TWD’s final season left off earlier this year, the ghostly preview of the final eight episodes revealed the final and bloody showdown between the survivors and the well-armed Commonwealth.

The once-hit series nearing the end of its eleventh and final season is the first in a post-apocalyptic zombie franchise, based on the comic book series of the same name by Robert Kirkman, Tony Moore and Charlie Adlard, which debuted on AMC all the way back in 2010.

As TWD fans, hardcore and otherwise, know, the long-running series follows as the survivors of an apocalyptic event grapple with an almost constant threat of attack from zombies known as “walkers,” in the midst of a civilization collapsed. Supersized at 24 episodes and gearing up for plenty of spinoffs, TWD’s final season kicked off on August 22 last year with eight initial episodes. Angela Kang’s series of showruns returned for eight more on February 20, with the final series scheduled for early October.