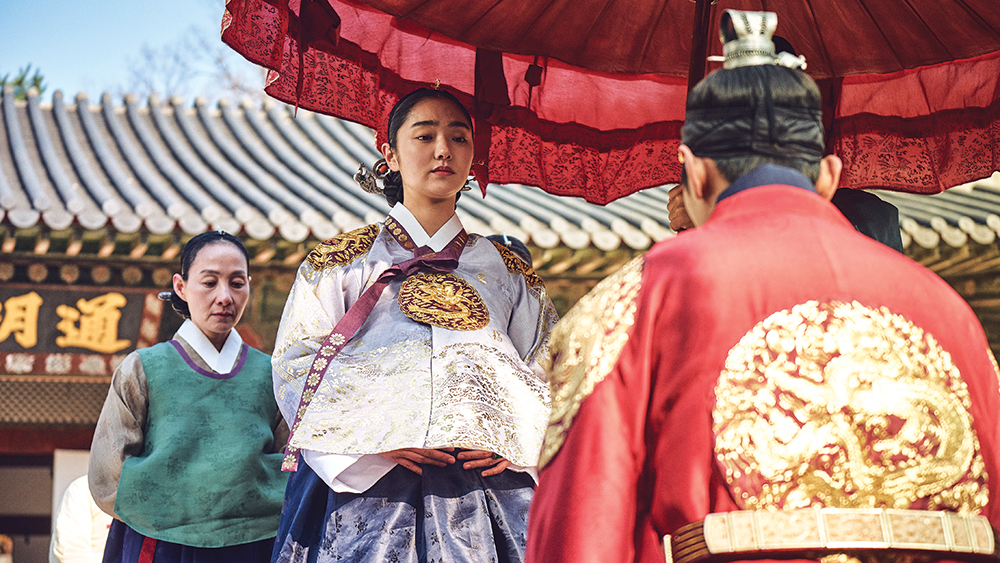 As part of its global expansion strategy, Netflix has opened its doors wide to storytellers from different cultures. One of the results of the initiative: â€œKingdomâ€, a story told by South Korean filmmakers and rooted in the country’s medieval Joseon period.

Directed by Kim Seong-hun (“Tunnel”) and written by Kim Eun-hee (“Signal”), the eight-part series, premiering on January 25, centers around Prince Cheng (Ji-Hoon Ju) and his mission investigate a mysterious plague that turns into a zombie rampage.

Production design and costumes were essential in recreating the distinct look of the Joseon Dynasty. “In some cases, the view of Asian culture may be limited to China and Japan,” notes production designer Lee Hwo-kyoung, whose artistic direction on “The Battleship Island” won a 2017 Blue Dragon Award, the South Korean version of an Oscar.

â€œKingdomâ€ costume designer Kwon Yoo-jin said the team seeks a balance between the beautiful and the mundane. â€œWe wanted to highlight the beauty, delicacy and unique colors of [Korea]”, explains Kwon,” but at the same time, show the everyday life of ordinary people filled with struggle and sweat. “

The capital Hanyang – present-day Seoul – has served as the setting for much of history, and no detail has been spared. The visuals were inspired by authentic locations including Gyeongbok Palace, Joseon’s main royal stronghold, built in 1395, which still stands in northern Seoul. Colors, materials and textures, down to their shine and reflections, were benchmarked. The structure of the castle was also key to the show’s look: â€œWe added maze-like elements inside the palace to show what Hanyang was like,â€ says Lee.

For the Queen’s residence, Gyotaejeon Hall, interiors were constructed with several adjoining rooms to convey its emotional depth and used colors from Sipjangsaeng, a decorative form of traditional Korean art depicting 10 symbols of longevity. By combining lucid lighting and bright colors, the life and vitality of the young woman were expressed.

Gangnyeongjeon Hall, the king’s quarters, took on a contrasting appearance, uniting symbols and moods of authority, death, resurrection, and reproduction to convey a more mysterious aura. â€œThis is a place where bad things have been done to the king and he is imprisoned,â€ says Lee. â€œWe expressed emotions there by combining controlled light with the color and weight of dark old trees. “

Costume design used the color of the garment to define status, starting with the royal family. â€œRed and black were the most difficult colors to produce with Joseon dyeing techniques,â€ Kwon explains. “That is why they are considered royal.”

The ladies of the court who support the royal family were dressed according to their status. The Sanggungs, considered the highest rank for a maid of honor, were dressed in vibrant green tops with red trims and long, flowing blue-green skirts. Joseon’s royal guard, the Naegeumwi, wore detailed purple military clothing called a Sheollik, topped with a Joorip, or blood-red hat. Scholars were dressed in white as a symbol of purity and integrity, while commoners were dressed in off-white, brown and gray, colors of the lower classes.

â€œWe based the costumes on historical research,â€ Kwon notes, â€œthen added a few changes in the designs to make them deeper and more graceful on camera. “

As the story unfolded outside of Hanyang and into neighboring villages, the production design and costumes continued to complement each other’s visual style and tone, maintaining the nature. historical. “We’ve always believed,” says Lee, “that the color and texture of the costume and the space should be well matched.”