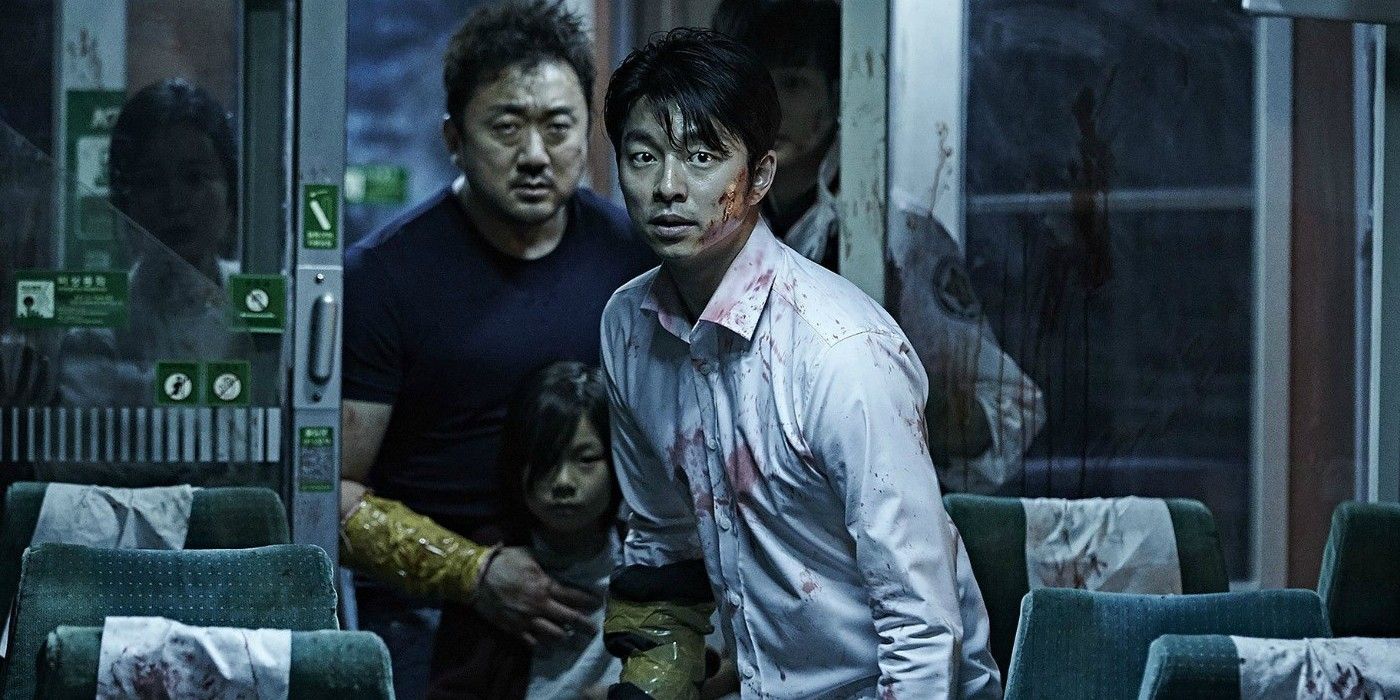 Zombies in movies have evolved over the decades from corpses reanimated by sorcery to infected individuals driven to acts of violence and cannibalism. They can be created by paranormal, scientific or unknown forces. Most often, they feast on the living. However, sometimes they are simply dead brought back to life.

With all of these iterations of the classic monster, there are tons of movies to enjoy. And some of the best are currently available on several streaming sites, so everyone can find their perfect zombie from the comfort of their home.

RELATED: Passed Away: Tom Taylor Teases A Return To [SPOILER]

While previous films focused on the dead coming back to life, 28 days later focused on an infection that turns the living into maniacal killers who lose all sense of their humanity, survive almost anything, and turn others by biting them or getting their blood or saliva into their victims’ systems. The movie also made zombies a bigger threat by making them tougher and move faster than their predecessors. Despite the maniacal nature of these zombies, the film also delivers some nice moments of humanity among the main cast while reminding viewers that the real antagonist is a corrupt society, not its victims.

Anna and the Apocalypse – Amazon Prime

The zombie movie has been made multiple times, leaving many filmmakers wondering how they can revamp these classic monsters. Anna and the apocalypse puts a musical, celebratory spin on the genre, reminding viewers that despite the gore and death, zombie movies can be campy, fun, and bizarre. The film is also a happier take on the zombie apocalypse, adding levity to a genre that can often feel dark.

Sam Raimi’s classic is considered a zombie movie by some and a possession movie by others. However, the antagonists still conform to many tropes of previous zombie movies, including the dead coming back to life, feasting on the living, having inhuman resilience, and only being stopped when they are beheaded or the source of their possession is destroyed. This film is equal parts campy as it is gruesome with tons of practical effects, body horror, gore and puss and over-the-top performances in a terrific way.

RELATED: Evil Dead: Bruce Campbell Is All For A CM Punk-Led Reboot

Night of the Living Dead – Amazon Prime and Hulu

night of the living dead is the most iconic zombie film, hammering home many of the classic cinematic tropes associated with this monster: the slow walk, the gaunt expression, the people eating, and the throaty moan. Although these seem played in the present day, the tropes were fresh for 1968. It’s also an impressive film, balancing a great ensemble cast, creating plenty of tension in a set location, and having social commentary that’s still relevant, as well as an unexpected ending that hits hard. no matter the year.

The fun of the zombie genre is that it can be applied to any place or time, and in doing so, there are limitless possibilities to explore, such as the horrors of World War II. Suzerain manages to do it while feeling like a modern B-movie with lots of gore. Long story short, the film is a gory thrill ride, perfect for anyone looking for a classic action flick with a zombie twist.

While Scooby-Doo TV shows and movies often pit the gang against fake monsters, Scooby-Doo: Zombie Island pits them against real monsters with feline creatures that use magic to suck the lives of others in order to stay young. As a result, they turn their victims into zombies. While these zombies are scary, especially for young audiences, they’re also victims of the movie’s real villains, making this cartoon a more traditional look at how zombies fall victim to the living rather than forces of evil. .

Shaun of the Dead – Hulu with Starz

by Edgar Wright Shaun of the Dead is an incredible image of romance, comedy and zombies rolled into one. Although the film is technically a satire of the genre with plenty of jokes about past movies and tropes, it still delivers incredible tension, memorable and gory murders, and heartbreaking scenes between characters that grew throughout the film. Now sixteen years old, the quick, dry humor still holds up, making it a perfect movie for a few scares and laughs.

In many zombie movies, the survivors must take refuge in a place that begins as a shelter and quickly becomes a trap. Train to Busan takes this to the next level by having much of the action take place in a confined train. This allows the film to show just how catastrophic a zombie apocalypse can be with literal waves of the undead flooding cars and train stations. With high-level action, sleek styling and emotional performances that hit home how horrible zombies arethis movie is a phenomenal entry in the vast catalog of zombie movies.

KEEP READING: The Walking Dead: Who Dies Next?

Marvel fans are sure Nova is in the Doctor Strange 2 trailer – are they right?

Caitlin Sinclair Chappell is a writer-turned-editor at CBR. What started as a love of comics, film and television turned into a career after graduating with honors from Lewis & Clark College. Alongside her work for CBR, she edits the developing comic book series Half-Dragon, and she read her short story, “The Kabbalist and the Golem,” at the 2021 National Queer Arts Festival. Beyond Writing and editing, she was director of the film school at River Way Ranch Camp and assistant director of the play Famous. She can be reached at [email protected], and her social network is @comiccookbook.