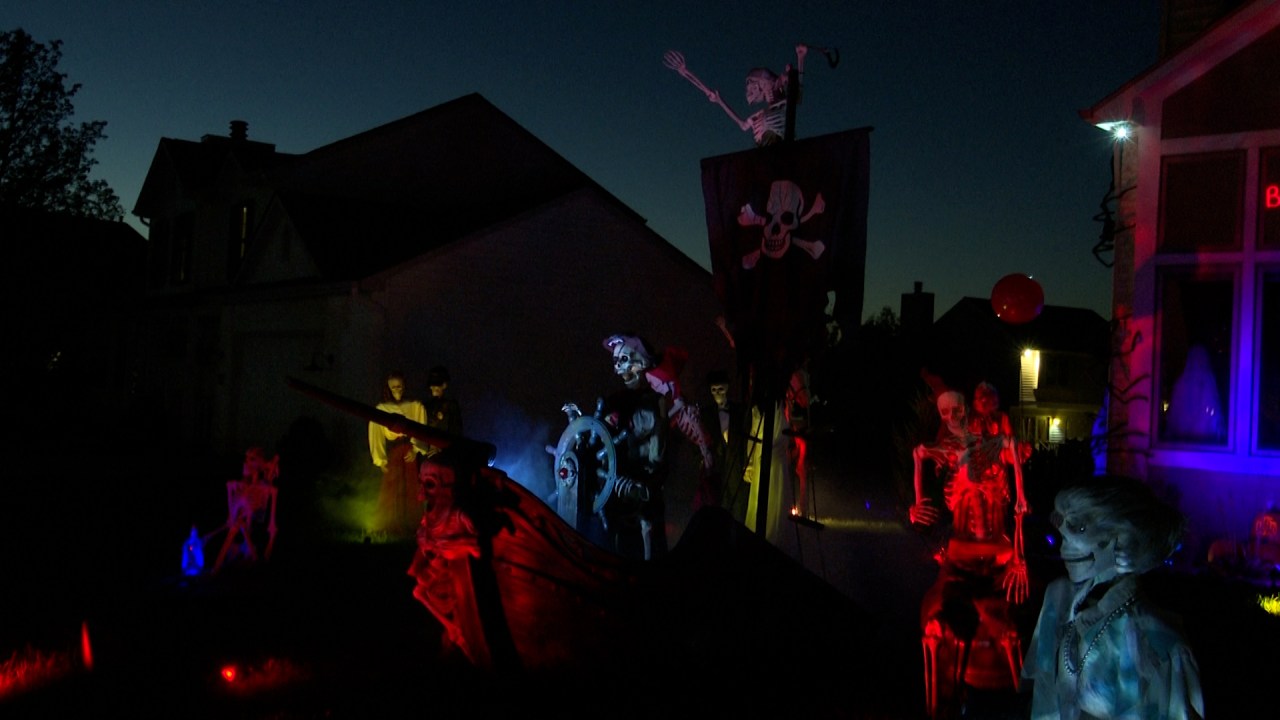 Mark Thompson’s home on the northwest side of Fort Wayne has been named one of ten semi-finalists for the LIVE with Kelly and Ryan Spooktacular Halloween House Contest. If selected as the winner, Thompson will win a trip to Hawaii for two. The trip lasts seven days and six nights at the Waikiki Beach Marriott Resort and Spa. Trip includes airfare, $200 daily food and beverage credit, and two spa treatments. The total price is valued at around $9,000.

The house features a graveyard, zombie zone, pirate zone, several spooky characters and a coffin in the garage. It takes a month to set up and they have posting for the whole month of October. It takes loads of batteries, motors, cables and rebar to get everything planted in the ground. His family traveled far to acquire the items in the yard, including traveling to Pennsylvania.

Thompson and his wife have always been big fans of horror movies and haunted houses. They started decorating for Halloween in their rental home 20 years ago. When the couple moved to Oakdale Drive in the Foster Park neighborhood of Fort Wayne, they began assembling large displays. They did this for 14 years. Now the couple reside at 2912 Sweet Cider Road. This is the exhibit’s second year at their new home, which has three times the yard space.

Thompson decided to enter the national pageant on the advice of his next-door neighbor. They found out they were semi-finalists when the show announced Thompson’s name live on Friday, October 15. Public voting for Best House opened after the October 15 broadcast and closed at 11:59 p.m. on Sunday, October 17. One of the top five semi-finalists will be announced each day from Monday, October 25 through Friday, October 29. In addition to the grand prize for the winner, second place will receive $1,000 and third through fifth place will receive $500. Thompson hopes their home will be selected as the big winner on the 29th and that they can schedule the trip in February.

The most special part is how the display brings people together, says Thompson. “Neighbors meet neighbors who don’t know each other here just because we have skeletons and spooky lights in the yard. So we like that…bringing so many people together and having them hang out and have fun.

Halloween itself is also special at the Thompson House. Thompson is delighted to welcome people of all ages, with plenty of candy to go. They hope to eclipse 1,500 trick-or-treaters. They even offer tricks or treats for the dogs.