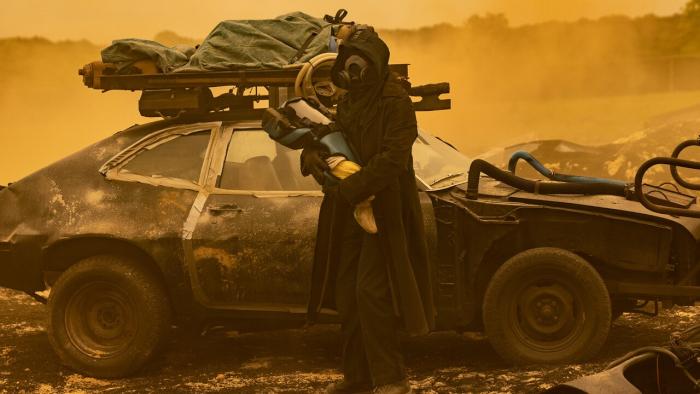 Here’s what happened in this week’s episode of Fear the living dead: Morgan and Grace – who gave birth to a stillborn baby in a brutal season six episode – now live in an above-ground submarine with a different baby they found just minutes before Teddy dropped a nuke. It’s probably been six to eight months since the bomb went off, and Morgan and Grace are finding it increasingly difficult to keep the baby, Mo, fed from inside the submarine. The baby cries. And cry. And cryto the point that it’s uncomfortable to watch the episode because the baby’s cries are so loud and piercing and shrill and constant.

Grace leaves to get formula. She and Morgan determine that they have six hours in which they can walk around the radioactive fallout area before it becomes dangerous, so everywhere they travel is within a six-hour walking radius of the submarine. Grace, who is still destroyed after stillbirth and hate his life inside a submarine with an inconsolable baby is at the end of his rope. She wants to die. Pleads it, in fact.

After she emerges from her recovery empty-handed, Morgan reveals a surprise: he’s been busy fixing a car so she can drive them far enough to get out of the radiation zone. They grab the baby, jump aboard, and head to Louisiana. Travel by car!

En route, they have an accident and encounter two people who have clearly been in radiation for over six hours. They wear bandages over their faces because their faces have practically melted away. They try to run away with baby Mo because, as we learn, they are suffering from the grief of a lost newborn. Their baby cried so much that the daddy, uh, pulled her out of her misery and stuffed her in a suitcase (we see the suitcase, and we see that something is moving inside. The series was kind enough to spare us the visual of a baby zombie).

Let’s just say things aren’t going well with this couple. They try – and fail – to run away with Baby Mo, and when Baby Mo won’t stop crying, the father nearly kills Mo. Morgan and Grace save the baby, but also learn from the father that the radiation zone is getting worse. spans more than six years. hours in all directions, and so Morgan and Grace have no choice but to return to the submarine.

When they return, they meet Victor’s right-hand man Strand, who invites Grace and the baby (but specifically not Morgan) to come back with him and live in Victor’s compound. Grace not so politely refuses, leaving Morgan and Grace at square one, exactly where they were at the start of the episode. However, after Victor’s guys leave, baby Mo crawls for the first time and in the process inadvertently discovers a trapdoor in the floor containing months of food, including powdered milk for the baby. What are the chances?!

The final scene, meanwhile, sees Josiah pulling what appears to be his own decapitated head from a box, swearing revenge on Morgan Jones. Josiah is the identical twin brother of Emile, the assassin Virginia paid to kill Morgan last season; he was unsuccessful, which is how his head ended up in a box labeled “Morgan Jones”. As the showrunners explain, they really liked Demetrius Grosse*, the guy who played Emileand I wanted to find a way to bring him back after his brief appearance in season 6. I don’t like the identical twin, but I’ll let it go because, in twenty seasons of The Walking Dead universe, this is the first time they’ve pulled off the identical twin shot to resurrect a character. 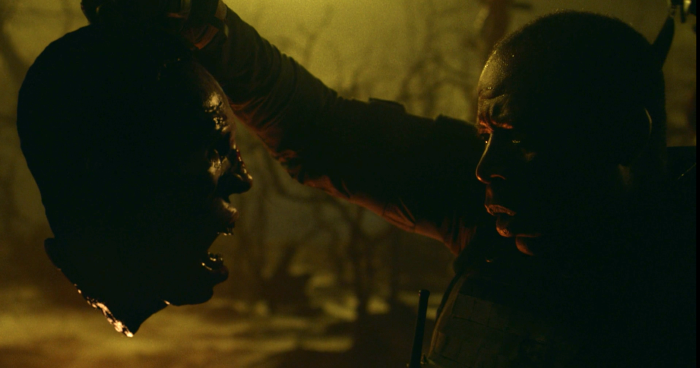 Since Morgan and Grace end the episode exactly where they started (plus a few months worth of food), revealing that Emile’s brother is bent on killing Morgan Jones is the only progress of the plot in the episode.

It was even better than this week The Walking Dead: World Beyondwhich is now four agonizingly tedious episodes into its second and final season and hasn’t told us jack sh*t.
*If Demetrius Grosse’s name sounds familiar, it’s because he was the recurring cast member of The recruit that Afton Williamson accused of sexual harassment before leaving the show; an internal investigation erased Big.

←
Hulu Adaptation of Isabel Allende’s “House of the Spirits” in progress with Eva Longoria | How Matt Farley Makes Over $65,000 A Year Writing Poo Songs
→

Dustin is the founder and co-owner of Pajiba. You can email him here, follow him on Twitteror listen to his weekly TV podcast, Podjiba.