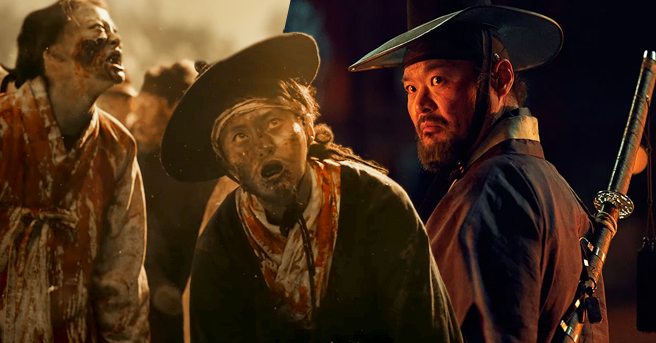 I didn’t learn about Netflix Kingdom’s South Korean zombie series until early this year, but I quickly became a convert. Set during the Joseon period in Korea in a land of corruption and famine, a mysterious plague will force the kingdom to regroup when it turns the infected into bloodthirsty monsters. The Crown Prince (Ju Ji-hoon) sets out to uncover the cause of the plague and save his people, along with his personal guard, Moo-Young (Kim Sang-ho), a doctor, Seo-Bi â€‹â€‹(Bae Doo- na), and a mysterious wanderer, Yeong-Shin (Kim Sung-kyu).

“As winter approaches, the battle between the living and the living dead in Joseon has only just begun,“read the official synopsis.”The royal court is teeming with snakes, zombies arrive, and the crown prince has a nation to save. The worst is yet to come, and everyone will have to choose sides without knowing who they can really trust.As well as including some interesting additions to zombie mythology, Kingdom also features political storylines, great fight scenes, and particularly gruesome visuals. Try it out, you might love it.

Kingdom’s second season will debut on Netflix on March 13.