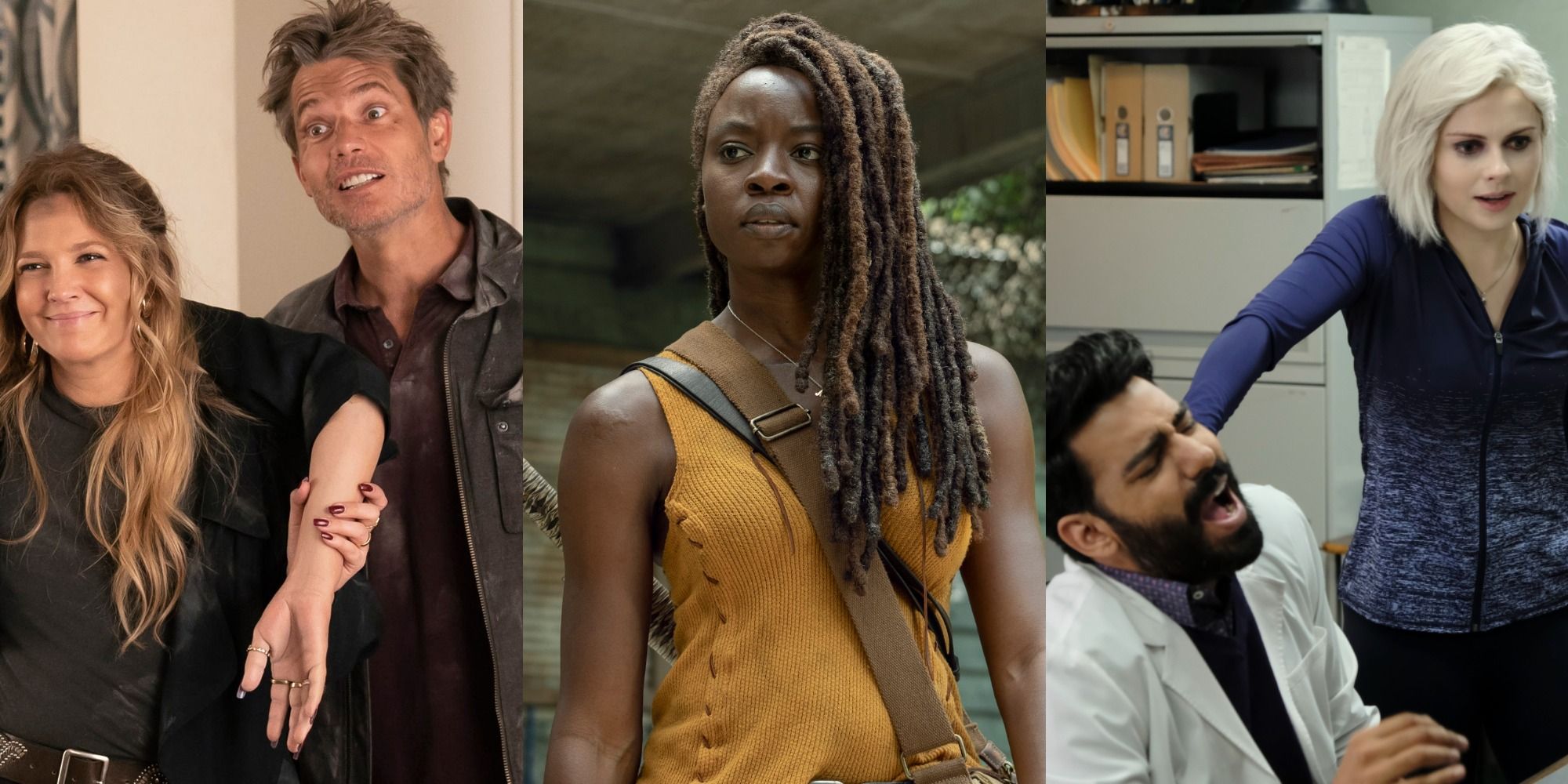 Zombie movies and TV shows belong to a wide range of genres: science fiction, thriller, action, romance, horror, and even comedy. The flexibility of the subgenre is incredible. Writers and actors can grow, showcasing their talent and creativity.

With the recent hype for zombie-themed projects, there’s an endless amount of projects just a click away. Within Netflix, there are a good number of projects available, whatever taste you fancy. Whether it’s action, comedy or a good scare, it’s one streaming service that has zombie fans covered.

we are all dead

Korean Horror Thriller, we are all dead, tells the story of how Hyosan High School becomes ground zero when a mysterious zombie virus outbreak occurs. As the surviving students are trapped in the school, they must fight their way out or give in and become one of the infected.

Following the huge success of squid gameSouth Korea has established itself as the goose that lays the golden egg, giving Netflix one hit series after another. we are all dead feels so human and real, with many underlying themes, and reflects the anxieties of many Gen Zers. Surviving high school is hard enough, not to mention the added element of having to survive a zombie apocalypse. The series is compelling, imaginative and thought-provoking – overcoming clichés and establishing characters with distinct personalities.

Following a zombie outbreak in Las Vegas, an American military convoy carrying a zombie in cargo escapes and infects most of the city’s population. The government blocks and quarantines the city – no one comes in or out. A group of mercenaries take the ultimate gamble and decide to venture into the zombie-infested quarantine zone, hoping to pull off the biggest heist of all time and recoup $200 million.

Zack Snyderis a hit zombie movie, army of the dead, is an ambitious, over-the-top heist that incorporates a series of constructs. The characters are represented by a stellar cast that make up a squad of thieves you can root for.

When a struggling high school student loses his entire family in a terrible accident, he is forced to leave his home and face a new reality. In this mysterious thriller, Cha Hyun-Soo and his neighbors face a new reality as monsters attempt to wipe out humanity – battling against overwhelming odds and racing against time to fight for what’s left of humanity.

sweet home is a thoroughly enjoyable series that combines incredible horror elements with dramatic storylines filled with unexpected twists and character developments, making it a post-apocalyptic story that stands apart from the rest.

iZombie centers on Seattle medical student Liv Moore as she navigates her life as a zombie – after attending a party that turns into a feeding frenzy. Determined to pose as human and hoping to manage her urge to consume a new human brain, Liv takes a job in a coroner’s office. She slowly realizes that being a zombie has an advantage when she consumes brains from corpses delivered to the coroner’s office – absorbing the memories of those she feeds on, she poses as a seer to help the police with cases.

Mystery, comedy and romance – one of the few shows to incorporate zombies like no other. The storyline is refreshing, with so many different elements coming together so perfectly, creating a new spin on the subgenre.

A small isolated village in Quebec is terrorized by a flesh-eating plague. As the bodies of the residents decay and turn against their loved ones, the survivors hide in the woods. As they search for other survivors, many of them join forces in the countryside to escape the invasion.

Voracious (The Hungry) takes a more eclectic approach to the zombie genre – with an innovative and heartfelt storyline, cleverly staged murders and dark humor, while maintaining a weird vibe.

Action, horror series Kingdom, tells the story of how after a deceased king rises from a mysterious plague the kingdom. The Crown Prince becomes the only hope as the mysterious disease spreads, taking over the lands.

A mixture of terror, blood and political intrigue that makes for an exciting horror story.

The Walking Dead is a gritty American drama is based on the comic book series created by Robert Kirkman and Tony Moore. The story chronicles life months and years after a zombie apocalypse through the eyes of a group of survivors traveling in search of safety. As the days pass and the pressure to stay alive increases, it sends many individuals into the deepest depths of human cruelty.

Many characters in the series are forced to deal with the overwhelming fear and stress of fighting to survive, and how that can be deadlier than the roaming zombies. A television phenomenon that never fails to entertain, this show has an engrossing storyline that includes incredible character development and heart-pounding action sequences.

Netflix Original Series, Santa Clarita Diettells how the quiet life of a family is turned upside down when Sheila (Drew Barrymore) goes through shapeshifting – becoming undead and hungry for human flesh – sending her and her family down a road of death and destruction.

Santa Clarita Diet gives such a unique and fresh take on the zombie genre. To say the series is hilarious is an understatement. The concept is brilliant – the witty humor, the intricate storyline and the well-thought-out characters.

Next: The Best Fantasy & Sci-Fi Shows On Netflix

Find the Halo, win the war.

Olivia Leung is a freelance writer for Collider. She is passionate about TV shows and movies with strong female characters.