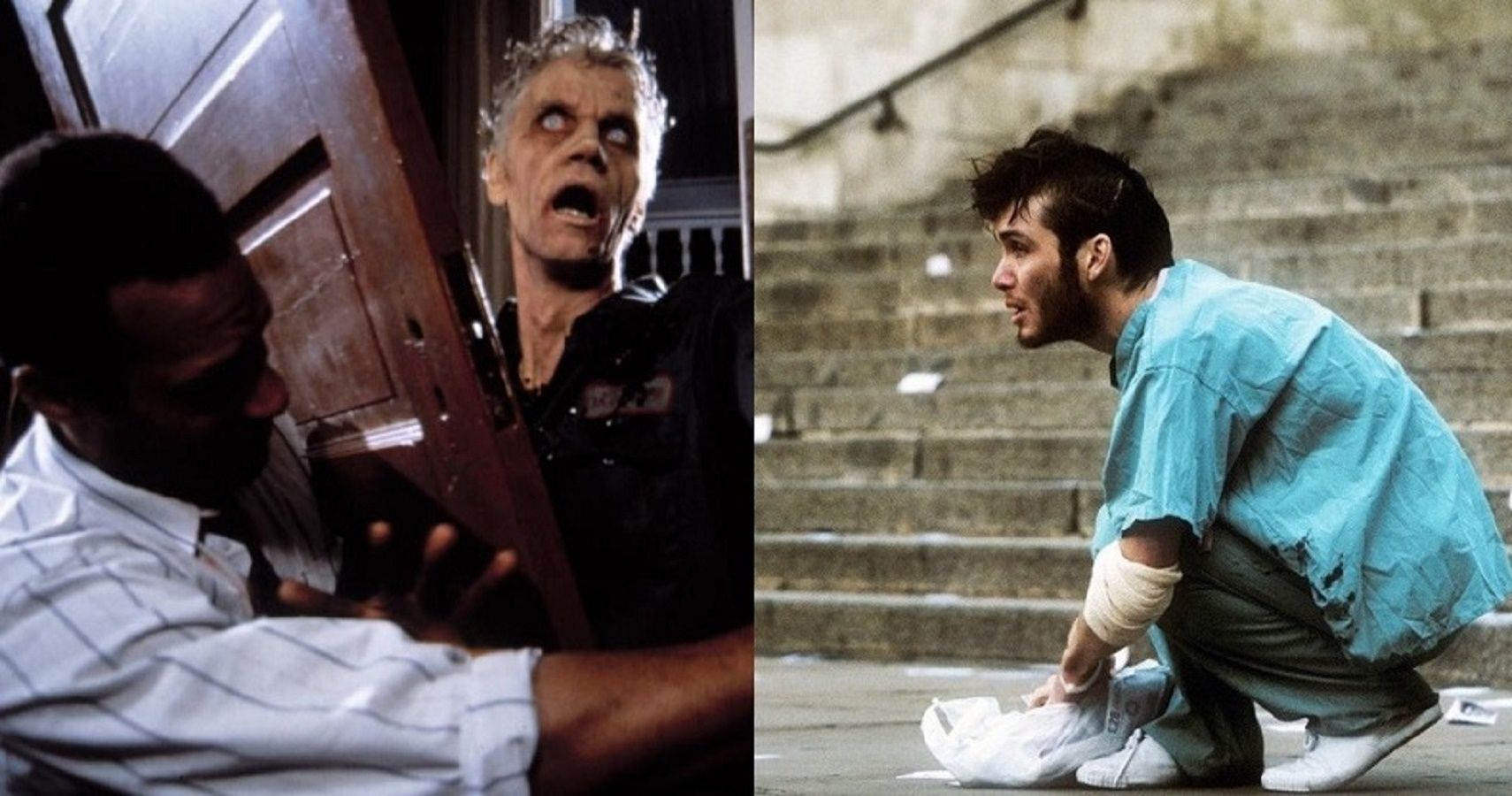 “Who would survive a zombie apocalypse” was a fun game, until the whole world went into quarantine to avoid a real plague. But almost every fan of post-apocalyptic sci-fi movies has a back-up plan, ready to survive an epidemic of flesh-hungry undead monsters, if they unleash themselves on one of the world’s great cities.

But let’s be real for a moment: would you actually survive? Which zombie movie could you survive and what would your strategy be? Here is an easy ranking of 10 zombie movies based on how difficult they are to survive.

Mark Price’s independent British film recorded on a standard mini camcorder unfolds like real-time footage of a zombie apocalypse, adding to the reality of visual horror, without relying too much on gore. It explores the perspective of a young man who is infected, undergoes zombification, and tries to escape humans, who appear to have developed functional tools and survival mechanisms to protect themselves.

The events of the film are fairly centralized in a few places, and the film doesn’t really explore how the entire city is dealing with the apocalypse. However, as the zombies scramble for food, the humans seem to have accepted the new reality and unified in small groups to equip themselves, which is a handy survival hack.

In Dead snow, the zombie problem has not reached pandemic mode, which is a real relief. The film follows a group of young students who spend an Easter weekend in a snow-capped cabin in the mountains, which appears to be watched over by zombified Nazi soldiers.

Several members of the group die, but the world has not yet plunged into an apocalypse. However, there’s a good chance the zombie soldiers won’t be planning to leave the snowy area as they seem to do well on a backpacker diet. Escaping the snowy woods could probably solve the problem, but will they?

This bloody Italian film essentially shows an audience watching a special film screening, and then transforming into flesh-chewing zombies. Most single-slot zombie movies have to work hard to keep the visuals fresh and not fall into predictability. This takes place inside a Berlin cinema hall, which appears to be the epicenter of the infection, as people outside the cinema are also exposed to the infection when the film is shown (this which raises some questions).

Running away from the cinema seems like the most plausible way to escape as it is a compact space filled with frenzied newborn zombies. It has only been a few hours since the spread started in the city and the drainage channels have not yet been totally compromised, so there is still hope.

7 the land of zombies

In the land of zombies, Tallahassee, Columbus, Little Rock and Wichita survived the zombie apocalypse that devoured everyone in the United States. The main characters are trying to get to the Pacific Playland Amusement Park in Los Angeles, which is said to be a zombie-free zone, but there also appear to be large pockets all over the country that are zombie-free.

RELATED: 10 Zombie Movies To Watch If You Love Dead Rising

Feverish, flesh-hungry hordes are only concentrated in certain areas, while most zombies appear to work solo. So while teaming up with other survivors isn’t an option, being vigilant and arming yourself is a great way to keep zombies at bay in the area. the land of zombies universe.

Night of the Living Dead is one of the most disturbing zombie movies ever to be made. The story takes place over a few days and follows seven people trapped on a farm in western Pennsylvania attacked by a group of frenzied cannibalistic zombies. The crisis has not yet reached an apocalyptic stage, because the radiation from a certain space probe which exploded in the Earth’s atmosphere is the main cause of the resuscitation of corpses, and the effect is not immediate.

Although the east coast is under attack, relief centers have already been set up and legislative and government institutions appear to be functioning, meaning that some channels and pathways have not been compromised and that is not all. absolutely impossible to take shelter.

The zombie epidemic in Dawn of the Dead is recent, and Ana and Louis are not even aware of the crisis because they missed an emergency bulletin. While the origins of the infection remain largely unclear, it is evident that zombification has not yet reached the stage of pandemic.

Just like most zombie movies, teaming up is also the perfect option in Zack Snyder’s reboot, as groups of armed people not only support each other, but also protect against potential attacks. Additionally, the group was able to make it to the marina where they were able to board a yacht, meaning that some ride options are still working.

Quarantining indoors with guns seems like a good way to avoid the zombie outbreak in David Cronenberg’s zombie flick. The strain of rabies that is spreading in Montreal has taken over the city, however, the zombies mostly work on their own, as they roam the city in search of human flesh and people are only attacked when they are away. outside.

In addition, the origin of the infection has been successfully traced, which means that there are medical units that are actively working to curb the contamination. And the PPE carrying workers and soldiers seems to be working well, so not all establishments have stopped working.

The zombie plague is spreading quickly in this Brad Pitt-caper, before people even have a chance to figure out what’s going on. Pitt plays Gerry, a former UN field agent, who luckily has access to some military transport channels and can fly around the world in the midst of a zombie apocalypse to learn more about the origins of the virus.

However, for a civilian, surviving the apocalypse in this movie might be objectively impossible, especially since zombies always seem to form hordes before attacking. There are thousands of victims in the first phase itself. While commercial airlines still operate, it is absolutely not recommended to travel if someone is looking to survive the zombies in this movie.

In Train to Busan, Seok-Woo and his daughter Su-An are unaware of a zombie infection that is spreading throughout the city, when they board a train. But over the next few hours, the infection quickly spread throughout the train and the outside world plunged into an epidemic as well.

Escaping the zombification on the train is really tricky, especially before reaching the quarantine area as isolation on the train is not an option for survivors. Law enforcement works in pockets of the city as the ending features snipers stationed at the station, suggesting that there may be other rescue centers or military points throughout the city for help someone who manages to survive.

When Jim wakes up in an abandoned hospital 28 days after a contagious virus has devoured London, he finds the city utterly desolate, almost spellbinding. 28 days later never shows exactly how the virus succeeded in wiping out an entire city, but it’s easy to deduce that surviving this scourge would have been next to impossible for anyone.

Jim meets a handful of survivors and learns that there is a military blockade near Manchester, although he is also on a mission to lure survivors into sexual slavery as a way to repopulate the world. It also means that the zombies wiped out almost the entire world in just a matter of weeks, so it would be next to impossible to survive in this movie.

NEXT: 10 Essential Movies For Contagion Fans


Next
Spider-Man: No Way Home – 7 Questions We Have After Watching The Trailer

JJ Rankin is a culture and entertainment writer. You can find his job if you want you know