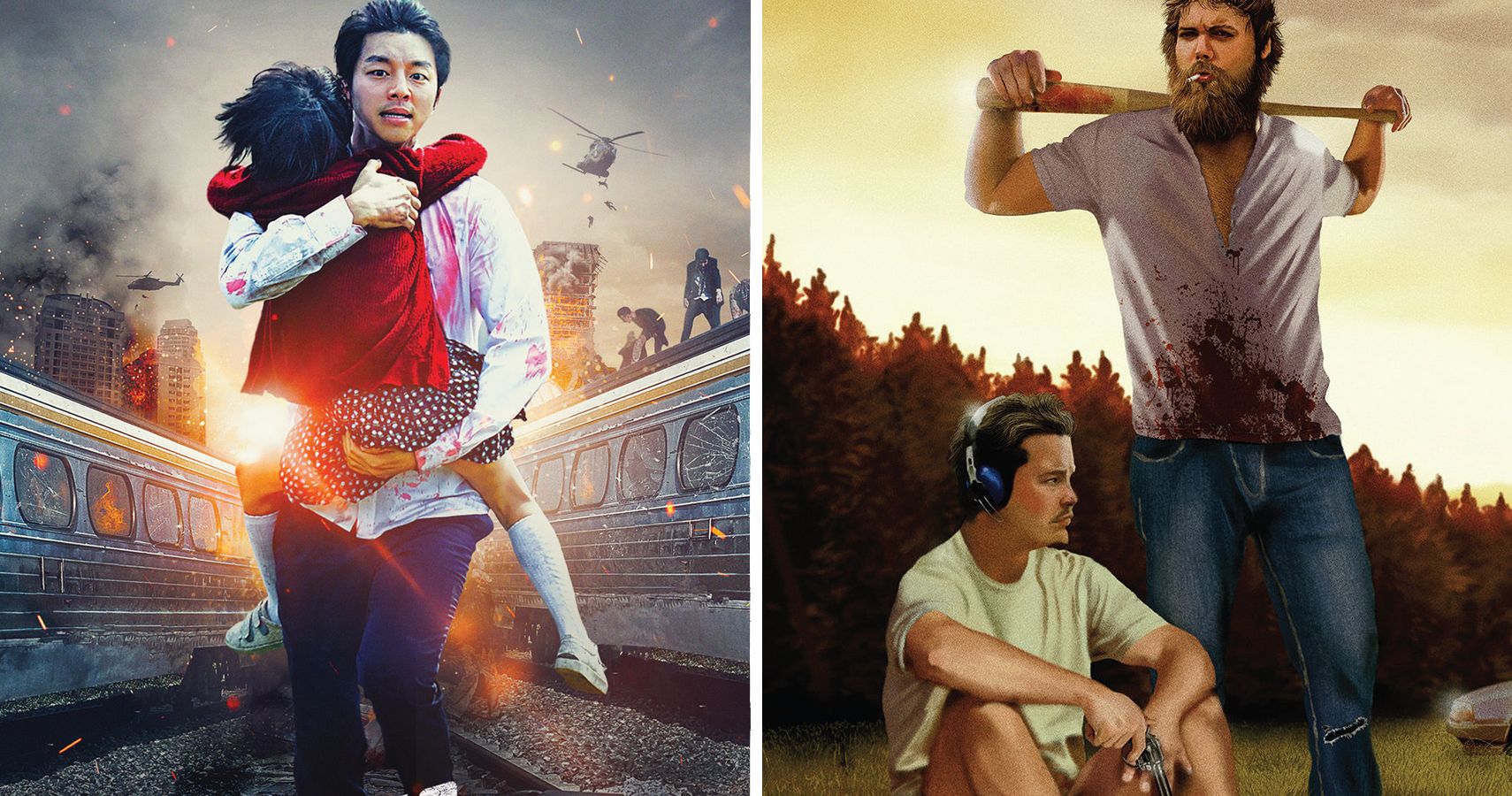 Much like the walking dead, it seems zombie movies and TV shows aren’t going anywhere anytime soon. They are definitely here to stay, and we probably have The Walking Dead thank for that. The popular AMC drama based on the comics of the same name by Robert Kirkman changed the reach of cable television. It pushed boundaries and gave us compelling characters that we love and love to hate.

But zombies and the apocalypse they represent didn’t begin, or end, with The Walking Dead. So, for anyone who wants to see what this popular horror subgenre has to offer, here are ten zombie movies to watch if you like. The Walking Dead.

Mya has found a way out of her unhappy marriage. A mysterious transmission from radio, telephone and television causes people to act strangely. Violently. Their worst negative traits are increased exponentially. Her husband having become one of the infected, Mya takes the opportunity to flee with Ben.

Directors David Bruckner (The ritual), Dan Bush and Jacob Gentry rejected the formula of almost all zombie movies. Instead of focusing on a group of survivors, The signal aims for a more personal story about two people finding love in a messed up world.

During a massive zombie outbreak in the Midwest, USA, a man’s daughter is bitten. She refuses her father’s help as it is only a matter of time before she transforms completely. he finds her and brings her home anyway. Although others urge him to do what needs to be done, the father stands by his daughter until the very end.

Arnold Schwarzenegger shocked everyone with his dark performance in maggie. He’s been pigeonholed for years as an action star, but he shows surprising dramatic range in this harrowing zombie drama.

Humanity was nearly wiped out by a pandemic virus. A group of four survivors travels the southwest in search of supplies and shelter. Along the way, they are forced to make difficult decisions as they encounter infected and desperate survivors.

Carriers is not a zombie movie, but the threat of death remains the same. The film defies its PG-13 rating with some sickening body horror moments. However, Carriers is above all a drama. Chris Pine is particularly enjoyable as the group’s arrogant agitator.

While on the air, a disc jockey and his crew learn that there is a viral outbreak outside. It is no ordinary virus, however, as it is somehow transmitted through English words. Now the radio host is trying to warn his listeners about the virus and how it is spreading.

Director Bruce McDonald said infected humans are not zombies. On the contrary, they are called “talkers”. However, the low budget Pontypool is unique because it moves away from the physical chaos that happens outside the station. It goes against the grain, but being forced to use your imagination is honestly refreshing.

As the dead are reanimated, a woman finds refuge in a rural house with other survivors. The threat within, however, proves just as precarious as the one without.

We all love the 1968 George A. Romero movie, but the aesthetic and vibe of the 1990 remake is more like The Walking Dead. What makes them similar is that update director Tom Savini is crazy like turning Barbara into a “last girl” instead of letting her be zombie fodder like in the original. Today’s viewers have thankfully enjoyed this reinterpretation of Romero’s indisputable classic.

As Japan is overrun by zombies, Hideo – an assistant manga artist who is generally dissatisfied with his life – searches for someone else who hasn’t been transformed.

RELATED: 10 More Anime/Manga We Want To See Get A Hollywood Adaptation

Based on the manga of the same name, I am a hero is a commendable screen adaptation. It’s realistic enough that the situation seems almost plausible. Although there are action sequences, they are neither energetic nor extravagant. This film instead pays close attention to characterization. Other live translations of manga and anime never live up to their source material, but I am a hero approximate.

Without warning, the residents of the small town of Ogden Marsh, Iowa, turn into violent killers, and the cause appears to be a virus engineered by the military. The town is then quarantined so no one can escape, forcing the sheriff, his wife, and their companions to do whatever it takes to get out before they all go “crazy” too.

The horror community battled remake fever in the 2000s. In their defense, there were stinkers. On the other hand, the 2010 version by George A. Romero Crazypeople is proof that remakes can and do work.

A friendship between two former baseball players crumbles under the pressure of an all-out zombie apocalypse.

RELATED: The 10 Best Indie Horror Movies Of All Time, According To IMDb

With a budget of just $6,000, Jeremy Gardner produced one of the best zombie films of the past two decades. Battery does not offer uninterrupted life-and-death scenarios from which the characters scramble to exit. In fact, it’s pretty laid back. The tension stems primarily from the two men’s friendship, which is strained under the circumstances. Ultimately, Battery is more dramatic – and often slice of life – than other zombie movies. And like human flesh, it’s an acquired taste.

A father and daughter are one of many passengers on a train to Busan when a zombie outbreak begins. Against all odds, he and several survivors then struggle to get to safety on foot.

South Korea offers one of the most diverse horror selections in all of East Asian cinema. They have their fair share of haunted houses, slashers, and serial killers. Now with Sang-ho Yeon Train to Busan, they have zombies. This 2016 film is heartbreaking and moving down to the very last second. It’s a knockout blow for the subgenre.

Across the United States, zombies have inexplicably appeared. They congregate both in cities and in the countryside. It seems there is no immediate escape. As a last resort, a random group of survivors take refuge in a shopping mall.

There is no right or wrong answer when asked which version of dawn of the dead – the 1978 George A. Romero film or the 2004 Zack Snyder remake – you like. It really is a matter of preference. Some love the satirical depiction of consumerism in the original; others are drawn to the remake’s energy and ongoing action. Either way, these are two sides of the same coin.


following
The Most Historically Inaccurate Movies, According to IMDb