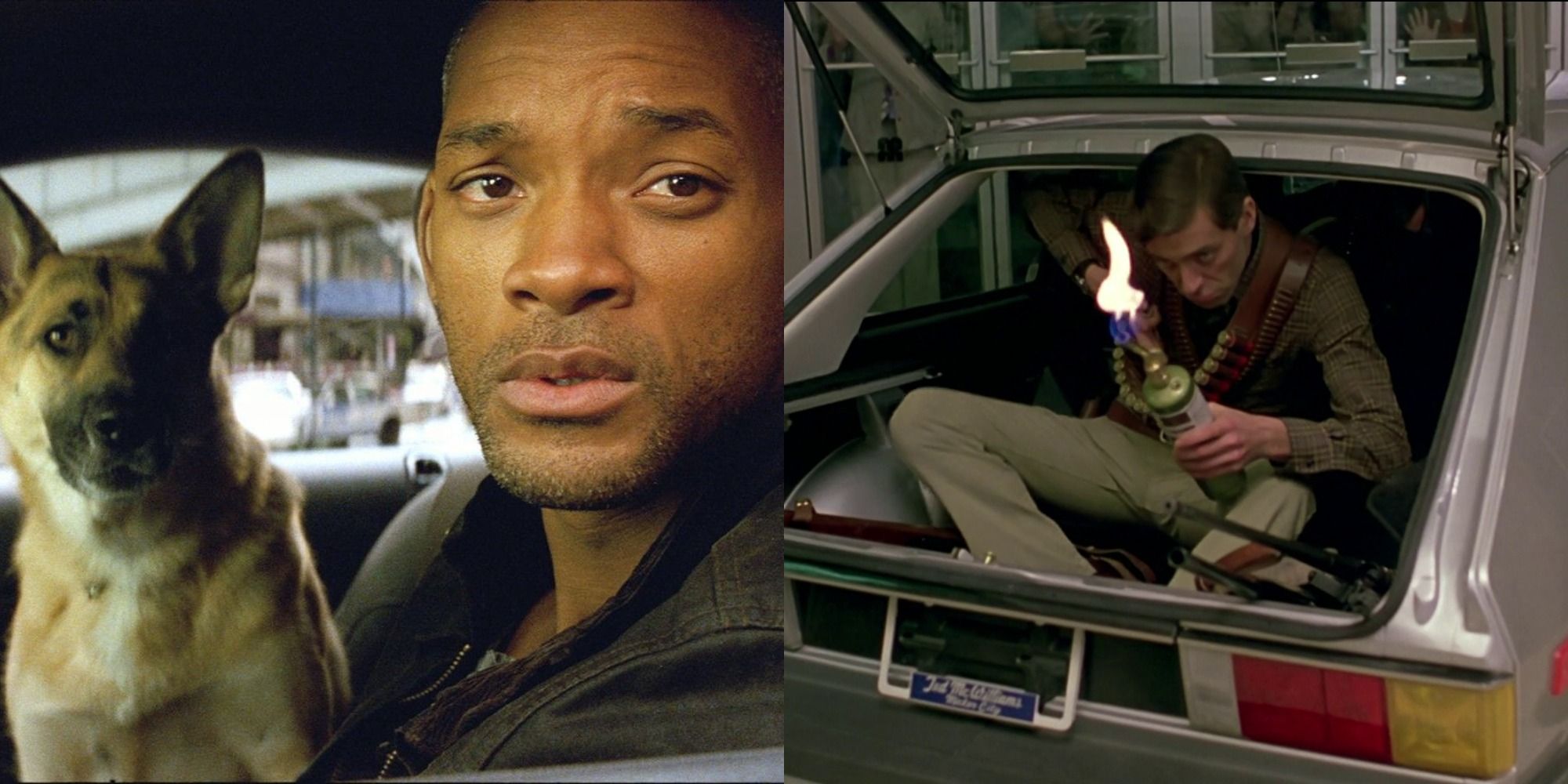 Everyone knows that music can make or break a movie. Whether it is the iconic John Williams Star wars score or just about anything Hans Zimmer has ever done, the music can be as important to a film’s success as the acting or the script itself. In horror movies, this is especially true because the right song choice can set the stage for what’s to come or create tension in an unpretentious situation.

Over the years, almost every genre of music has been used to some extent in horror movies to add some flair to a scene, turning it from interesting to truly stunning masterpiece. Maybe it adds a touch of irony or maybe it makes the audience jump out of their seats, anyway, picking the right music is everything.

ten Zombieland – For whom the bell rings

Even if the lyrics weren’t perfect for an undead movie wreaking havoc around the world, then aggressive instrumentals would still do.

One of the best zombie movies of recent years gave us one of the coolest openings of all time, in large part because of Metallica’s howl as zombies tear survivors apart in slow motion. The song brilliantly sets the stage for the brutality of the film while providing a sense of impending doom. Not to mention that there are few things cooler than Metallica scoring a scene with so much blood and mayhem.

Zack Snyder’s remake doesn’t have a lot of music in the main part of the movie, but keeping the music alone for the end makes it one of the most memorable credit streaks of all time. After a small group of survivors escape from a daring boat, it seems the film ends on a note of hope in which at least a few of them survive.

RELATED: Army Of The Dead & 9 Other Creative Zombie Movie Concepts

However, the credits show that the survivors are overrun by zombies as soon as they arrive on a small island, killing everyone. Just as all hope is lost, the song blasts through the speakers, abruptly ending the movie that will knock viewers’ jaws out.

Used in both the original and the sequel, 28 weeks later, the score that plays as Jim walks through an empty and totally silent London sets the scene perfectly. Starting off slowly and calmly, it won’t take nearly a full minute before viewers even notice the music.

As the score increases, so does the tension, forcing the audience to feel awkward and uncomfortable before sending viewers into a frantic panic as the audience and protagonist collide. together realize that something is seriously wrong.

The opening credits sequence of Zack Snyder’s zombie thriller Heist Army of the dead is arguably one of the best scenes in the whole movie. With tons of slow-motion backstories, a perfectly ironic and spooky cover of Elvis’ Viva Las Vegas marks the carnage on screen.

Complete with all the classic zombie tropes of blood spray and guts ripped apart as chaos overwhelms the Las Vegas Strip, the song provides an interesting contrast as it sets the tone for the rest of the film.

With many brilliant musical moments to choose from, 45 Grave’s “Partytime” is the best musical moment in the movie simply because of its near perfect timing. As a group of punks flee from ordinary flesh-eating undead, they make their way to a graveyard in the pouring rain.

Just like a skeleton head sticking out of the ground, eyes bulging and all, the 45 Grave song screams “Do You Wanna Party?” The scene is both hilarious and terrifying as the punks run in terror as bodies begin to rise from the ground as the punk classic marks the entire streak.

More comedy than horror, Shaun of the Dead is still a powerhouse when it comes to zombie movies. Filled with brilliant satire of the genre, like the characters who become uncomfortable when another character actually uses the “Z-word”, the most memorable scene is a zombie beatdown perfectly synchronized with the famous “Don’t Stop. Me Now “from Queens. The scene is hysterical and incredibly well choreographed.

Although there were other representations of zombies on the big screen as early as the 1930s, George Romero Night of the Living Dead, is considered the one who really started the zombie movie as a genre of its own. The black and white film still holds up remarkably well today due to its practical effects and fantastic makeup, as well as one of the best sheet music ever used in a horror film.

The opening scene is fairly mundane as a couple take a road to a large cemetery, but the score gives the whole sequence a weird feeling that keeps audiences on the edge of their seats from the start.

The remake of the 1964 film directed by Will Smith: The last man on earth was a huge success in large part due to the performance of its leader. After a cure for cancer goes awry, the human race is nearly wiped out, and many turn into something of a zombie-vampire hybrid.

Despite the dire circumstances, Will Smith lives his life as normally as possible, with a first footage showing him washing his dog and going about his daily chores while listening to Bob Marley’s feel-good melody. The song offers a great contrast to a plot that is otherwise gloomy, gloomy and hopeless.

During Stephen King’s heyday, it seemed at one point that all of his books were destined for the big screen. Pet Sematist The film follows a family as they go through the loss of their child in a horrific accident and a father’s desperate attempt to bring his son back to life.

While the lead song written specifically for the film by punk starlets The Ramones didn’t play until the end credits, it brilliantly crowned what became a perfect snapshot of the horror film scene in the 1980s.

A perfect score for a perfect scene in an almost perfect movie. Despite the positive reception of the remake, the original Dawn of the dead is still one of the greatest zombie movies of all time, in part thanks to the use of songs like La Caccia to score brilliant streaks.

In this case, the synth-laden song is played as the survivors drive a car through a zombie-infested mall, crushing bodies and using a blowtorch to deter others.

NEXT: 10 Of The Best Zombie Movies On Amazon Prime Video

Matthew Flores is a List Writer for Screen Rant, creating fun and exciting articles on what’s popular in movies and TV. Matthew received a BA in English Literature from the University of Colorado at Colorado Springs. Currently residing in Colorado, Matthew enjoys hiking, camping and paddle boarding with Arwen, his Blue Heeler blend.